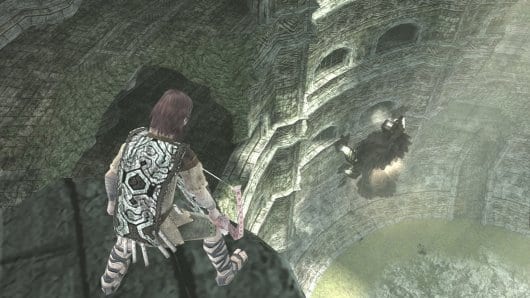 You may recall a few nights ago I did a review of the ICO and Shadow of the Colossus HD Collection, a set of two games from the folks at Team ICO brought into HD from their original PS2 counterparts. Perhaps only one of the two games interest you? Perhaps you were half-lucky and managed to track down one of the two hard-to-find games on the Playstation 2 but not the other? Either way starting out from this week on the North American Playstation Network store you can pick up individual releases of the games and you can see just what made this games so popular with gamers.

Shadow of the Colossus – Developed by Sony Computer Entertainment’s team behind the critically acclaimed ICO. Players take the role of a young man seeking the truth of an ancient tale of power hidden in a mystical land. Shadow of the Colossus is a majestic journey through ancient lands to seek out and destroy gigantic mythical beasts. With a trusty horse at your side, players explore the spacious lands and unearth each towering Colossus creature. The uneasy task of defeating a Colossus relies on intelligent puzzle solving and action oriented gameplay. Armed with strong wits, a mystical sword and a sturdy bow, players use cunning and strategy to topple each behemoth. This re-release of the classic adventure game Shadow of the Colossus has been remastered for HD resolution and 3D displays, and also offers full PlayStation Network Trophy support.

ICO – In Sony Computer Entertainment’s exclusive adventure ICO, a young boy with horns is born in every generation to be traditionally sacrificed in order to cleanse the local community of evil spirits. This generation’s boy (and title character), however, tries to change his fate completely by fleeing from his would-be executioners and joining up with a captured princess to escape a gigantic castle. During his quest for survival ICO will have to make his way through vast environments overrun by challenging puzzles (including brainteasers and mazes) as he battles against an army of evil apparitions while leading his princess through the secluded fortress. This re-release of the classic adventure game ICO has been remastered for HD resolution and 3D displays, and also offers full PlayStation Network Trophy support.

There is currently no word on if this will be passed to other regions stores, but I will bring you more information if this is the case.