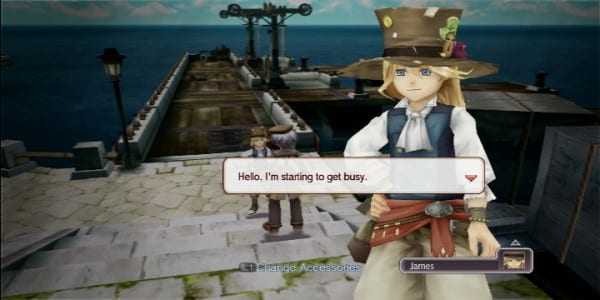 After being delayed last month due to production complications, Natsume has just announced that their latest installment in the Rune Factory series, Rune Factory: Tides of Destiny on both the Nintendo Wii and Playstation 3 is now available in retail stores and online stores for those who are currently not in North America.

Hiro Maekawa, President and CEO of Natsume had this to say on the games release: “Tides of Destiny is the most far-reaching game in the Rune Factory series yet. Combining the best farming mechanics ever seen in a Rune Factory game with striking action-RPG exploration, there’s more content for players to explore than ever before!”

For those who have not heard much about the game before, here is a blurb on it as taken from the official press release:

Aden and Sonja, two lifelong friends, live a tranquil life on Fenith Island until they’re struck by a mysterious curse: they awaken to find both of their souls are now trapped in the same body! On top of this unusual calamity, the Fenith Island they knew is gone, replaced by a strange island populated with unfamiliar faces. Only by exploring this new world will they be able to solve the mystery of this curse and save their beloved island. During the course of their journey, Aden and Sonja will be aided by a colorful cast of characters, as well as take command of a towering golem, Ymir. Using their new found giant friend, they’ll cross vast seas, discover hidden islands and dungeons packed with riches, and battle fearsome monsters of the deep!

The game has been classified E 10+ for Everyone by the ESRB and has an MSRP of $39.99 for the Wii version whilst having a slightly more costly MSRP of $49.99 for the Playstation 3 version. For those in Australia, I have done a quick look and apparently EB Games have the Nintendo Wii version on record as being released sometime in 2011 for a price of $78.