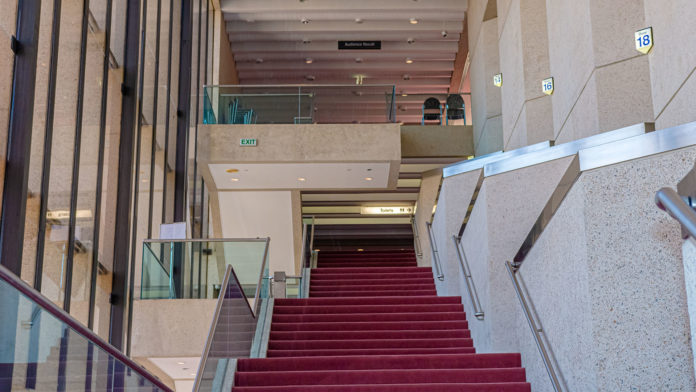 Let’s be frank here. It is becoming increasingly likely that there won’t be a “back to normal” in the performing arts industry in 2020. Until there is a vaccine available and the uptake for adequate herd immunity (and here’s hoping that does not come with anti-vaccine conspiracies), it could go into 2021. The reason for this is simple… theatres by default design, tend to be non-socially distanced environments where a little armrest spreads attendees.

For those who are needing to sate their need to visit a theatre right now, some smaller, local companies are finding ways to make performances work. Things are much more challenging for major venues, who have the larger theatres and have higher staffing and resource requirements to manage.

The Queensland Performing Arts Centre (QPAC) has been closed since March 2020, resulting in the cancellation of several musicals, the QPAC International Series and hundreds of other performances. Last week, it was announced that they would be opening up the doors in a limited capacity from this month through the QPAC Unlocked initiative. Today, we finally received confirmation about what this plan will entail in the early stages.

Three venues at QPAC will be opened up to a limited number of people.

The first of these is the Lyrebird Restaurant which has been transformed into a live music venue:

On the following weekend (4 and 5 September), will see Australian musical theatre personality Amy Lehpamer entertain with a show titled An Evening with Amy Lehpamer.

The second venue is the Concert Hall, which will have seating at the rear rather than in-front of the stage. This venue will open up from 4 September 2020:

The Concert Hall will be home to a program of one-hour long performances featuring a range of soloists and chamber musicians. The line-up includes solo pianist Alex Raineri, Australian violin virtuoso Courtenay Cleary, Camerata-Queensland’s Chamber Orchestra with flamenco guitarist Andrew Veivers in Viva España, and the next generation of Australian musical theatre stars from the Queensland Conservatorium Griffith University.

Finally, the Cremorne Theatre is being pitched as the place “for the adventurous“, offering performances which are “A little bit crazy, naughty and very entertaining“

The Cremorne Theatre program is titled Club Cremorne, which will be run on Friday and Saturday evenings from 12 September 2020 until 3 October 2020. Featuring acts brought together by comedian Damien Power, you can expect an evening involving burlesque, dance, circus, comedy and music.

Tickets to any of the performances mentioned above can be purchased, provided availability, via the QPAC Website or by phoning their box office on 136 246. Want to know what some of the QPAC and Government stakeholders have to say about this news? Click below and head to the next page!

Mark 28 March 2021 on your calendar, with producers Rodney Rigby and Junkyard Dog Productions confirming that the heartwarming, uplifting musical Come From Away will re-open QPAC's Lyric Theatre from that day.
Read more

Less Than A Week After Cast Announcement, New Tickets Go On-Sale for Hamilton the Musical Australia

Due to the COVID-19 pandemic which crippled the performing arts industry, many...
Read more

Do you know someone who previously enjoyed attending the orchestra, but have...
Read more
Previous articleSeasonal Moonfire Faire Returns to Costa del Sol in Final Fantasy XIV
Next articleLog Horizon Seasons 1 and 2 Now Available Dubbed on AnimeLab
Twitter Youtube
© The Otaku's Study