Over the last couple of weeks, North American manga and light novel publisher Seven Seas Entertainment have announced a plethora of acquisitions which they plan to begin distributing in 2016. Building upon this already sizable haul, Seven Seas have over the past couple of days announced their acquisition of another four. More information on these titles can be found below: 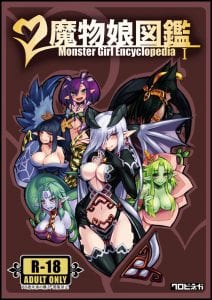 Told from the perspective of a wandering scholar of monsters, these vibrantly illustrated pages include one hundred full-color illustrations of seductively-lethal monster girls, including everything from centaurs to succubi, from mermaids to slimes, from goblins to werecats, and much, much more. In addition, the book is filled with fascinating bios and lore, and scores of tantalizing black and white illustrations.

The Monster Girl Encyclopedia is the defacto source/bible from which the Monster Girl genre spring. This is the book that I’ve been dying to release for years and it’s finally happening—in glorious full color. 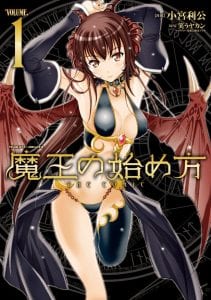 How to Build a Dungeon: Book of the Demon King
by Warau Yakan and Komiya Toshimasa
Volume one to launch on October 11 2016

At the end of his life, after decades of painstaking research, Aur’s quest for ultimate power is within reach. But first he must die! Now, reborn into a magical world as the Demon King, he uses his newfound abilities to make his dark visions a reality. Upon summoning an alluring succubus known as Lilu to serve him, he immediately begins the task of creating a dungeon—an underground kingdom of his own, filled with all manner of fantastical beasts. As Aur crafts the intricate and dangerous world of his dungeon, he’ll learn what it takes to become a true Demon King, with all the pleasures, troubles, and trials that come with it. And his enemies will cower in fear!

How to Build a Dungeon: Book of the Demon King has been a strong seller in Japan, and we’re confident it’ll find its English audience too. Stories about surviving in a bleak fantasy world have been embraced by manga readers around the world, but How the Build a Dungeon really switches things up with a main character who builds the world himself. 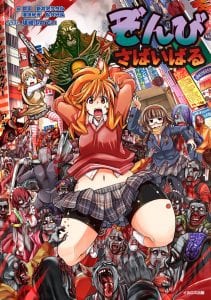 Land of the Rising Dead: A Tokyo School Girl’s Guide to Surviving the Zombie Apocalypse

Land of the Rising Dead: A Tokyo School Girl’s Guide to Surviving the Zombie Apocalypse is a survival guide told from the perspective of four Tokyo school girls as they learn to live through a zombie infestation. From the basics of zombie knowledge, to detailed location-specific plans, join our four plucky heroines in this manga-styled manual, whether in class, at the mall, or out on the streets of Tokyo.

Some chapters in this book include: