Kicking off their week, North American manga publisher Seven Seas Entertainment have announced another duo of manga acquisitions which will begin distribution in 2016. This follows six earlier announcements which can be read about HERE and HERE. More information on the two new acquisitions can be found below. 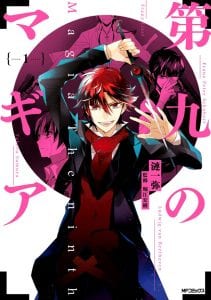 High school student Takeru Sumura has a dark secret: his parents were murdered by demons. Consumed by vengeance, Takeru seeks out the famed demon hunter, Ludwig van Beethoven. Beethoven is a “magia,” a wizard who wields the power of music to battle demons. Taken under Beethoven’s wing, Takeru joins the ranks of other renowned magia: Bach, Mozart, Shubert, Liszt and Tchaikovsky. This unique team of demon hunters will use their music-based magic to combat the world’s demons. Now all Takeru needs to do is figure out how to convince Beethoven to upgrade him from his personal cleaning boy to a full-fledged apprentice!

Beethoven, Bach, Mozart, Shubert, Liszt and Tchaikovsky as a group of good-looking demon hunters? Say no more. The art is great, the characters are fun, and the story about a group of powerful exorcists based on famous musical composers is irresistible. 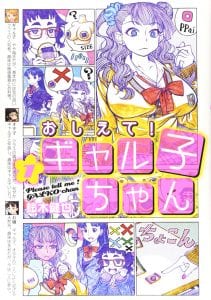 Galko-chan always speaks her mind, which may not be the wisest decision in all cases, but it’s never short of entertaining! Meet the exuberant and unbelievably busty high schooler, Galko, as she traverses the ups and downs of adolescence with spirit and verve, alongside her best friends–the anti-social loner, Otako, and the unpredictably honest, Ojyo.

Please Tell Me! Galko-chan is our first full-color licensed manga. The series is not only visually impressive, but the jokes and social commentary are irreverent and hilarious. With an anime debuting in early 2016, we’re extra-excited to bring the source material to readers and fans starting next Fall.

Both cover artwork images in this post were provided by the publisher.