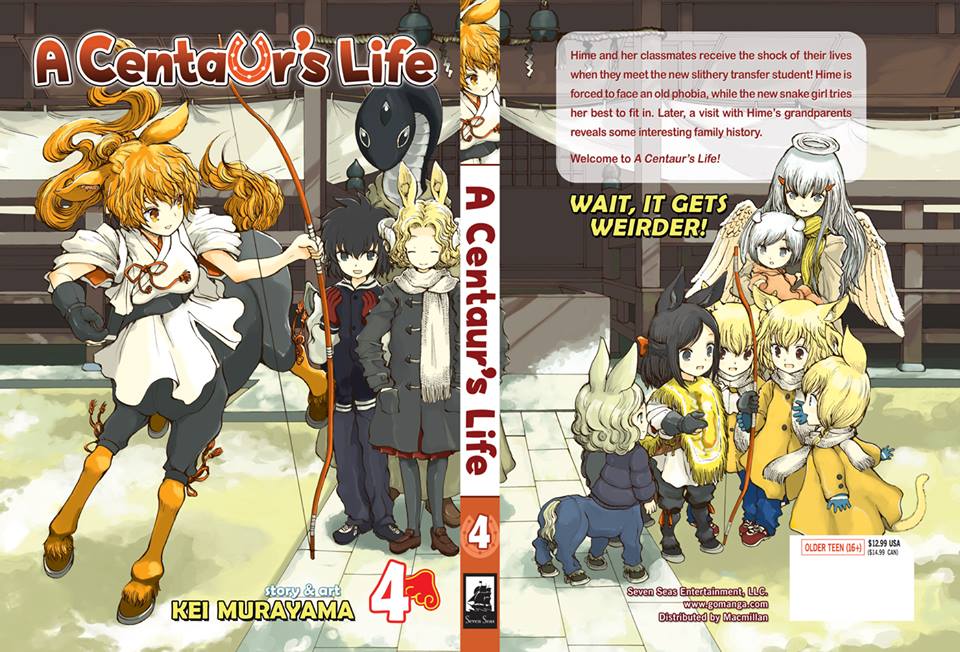 WAIT, IT GETS WEIRDER!

Hime and her classmates receive the shock of their lives when they meet the new slithery transfer student! Hime is forced to face an old phobia, while the new snake girl tries her best to fit in. Later, a visit with Hime’s grandparents reveals some interesting family history.

Welcome to A Centaur’s Life! 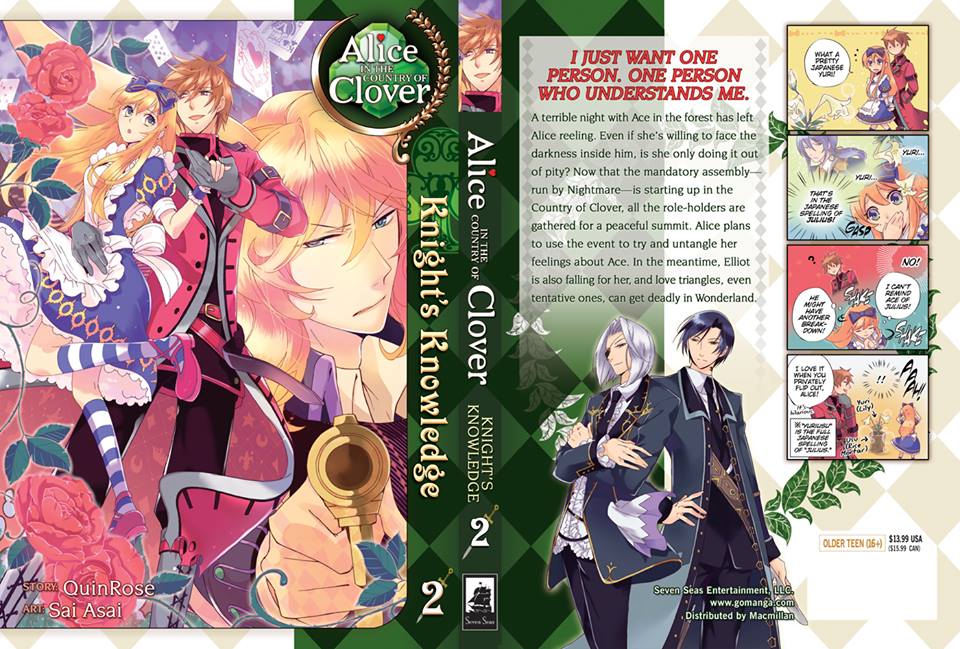 I JUST WANT ONE PERSON. ONE PERSON WHO UNDERSTANDS ME.A terrible night with Ace in the forest has left Alice reeling. Even if she’s willing to face the darkness inside him, is she only doing it out of pity? Now that the mandatory assembly—run by Nightmare—is starting up in the Country of Clover, all the role-holders are gathered for a peaceful summit. Alice plans to use the event to try and untangle her feelings about Ace. In the meantime, Elliot is also falling for her, and love triangles, even tentative ones, can get deadly in Wonderland. 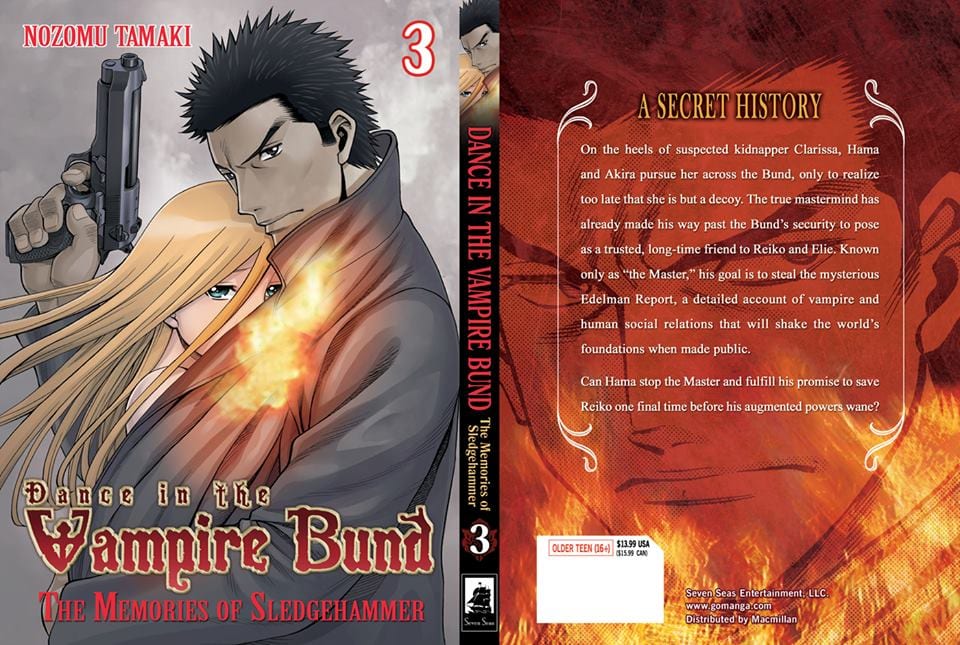 A SECRET HISTORYOn the heels of suspected kidnapper Clarissa, Hama and Akira pursue her across the Bund, only to realize too late that she is but a decoy. The true mastermind has already made his way past the Bund’s security to pose as a trusted, long-time friend to Reiko and Elie. Known only as “the Master,” his goal is to steal the mysterious Edelman Report, a detailed account of vampire and human social relations that will shake the world’s foundations when made public.Can Hama stop the Master and fulfill his promise to save Reiko one final time before his augmented powers wane? 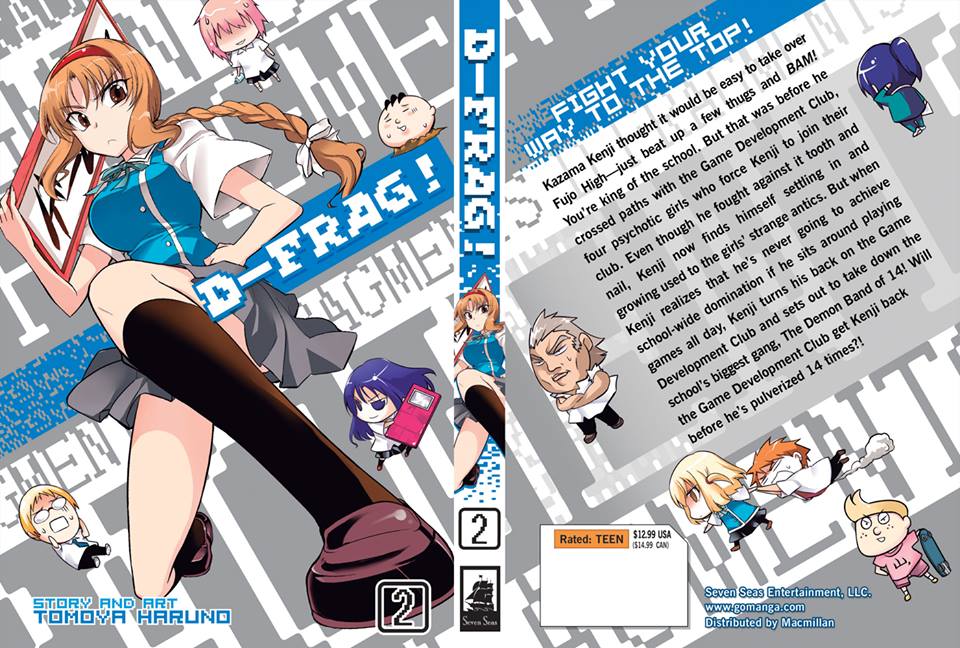 FIGHT YOUR WAY TO THE BOTTOM!Kazama Kenji thought it would be easy to take over Fujou Academy—just beat up a few thugs and BAM!: You’re king of the school. That was before he crossed paths with the notorious Game Development Club, four psychotic girls who forced Kenji to join their ranks. At first he fought them tooth and nail, but Kenji now finds himself settling in and growing used to the girls’ strange antics. Yet when Kenji realizes that he will never achieve school-wide domination just sitting around playing games all day, he turns his back on his newfound friends and sets out to take down the school’s biggest gang: The Demon Band of 14! Can the Game Development Club rescue Kenji in time before he’s utterly destroyed?! 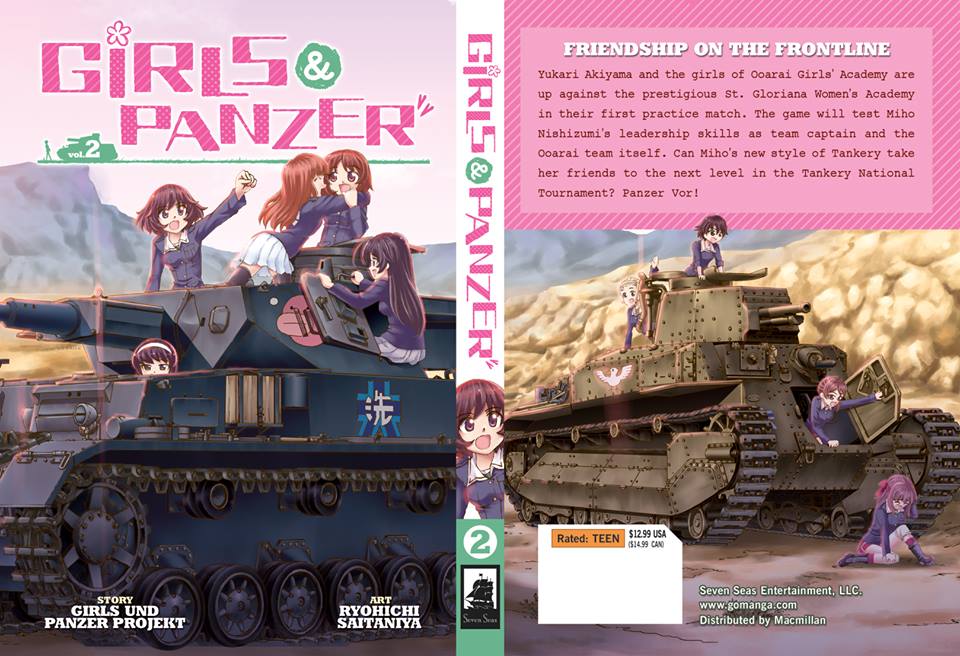 FRIENDSHIP ON THE FRONTLINEYukari Akiyama and the girls of the Ooarai Girls’ Academy are up against the prestigious St. Gloriana Women’s Academy in their first practice match. The game will test Miho Nishizumi’s leadership skills as team captain and the Ooarai team itself. Can Miho’s new style of Tankery take her friends to the next level in the Tankery National Tournament? Panzer Vor! 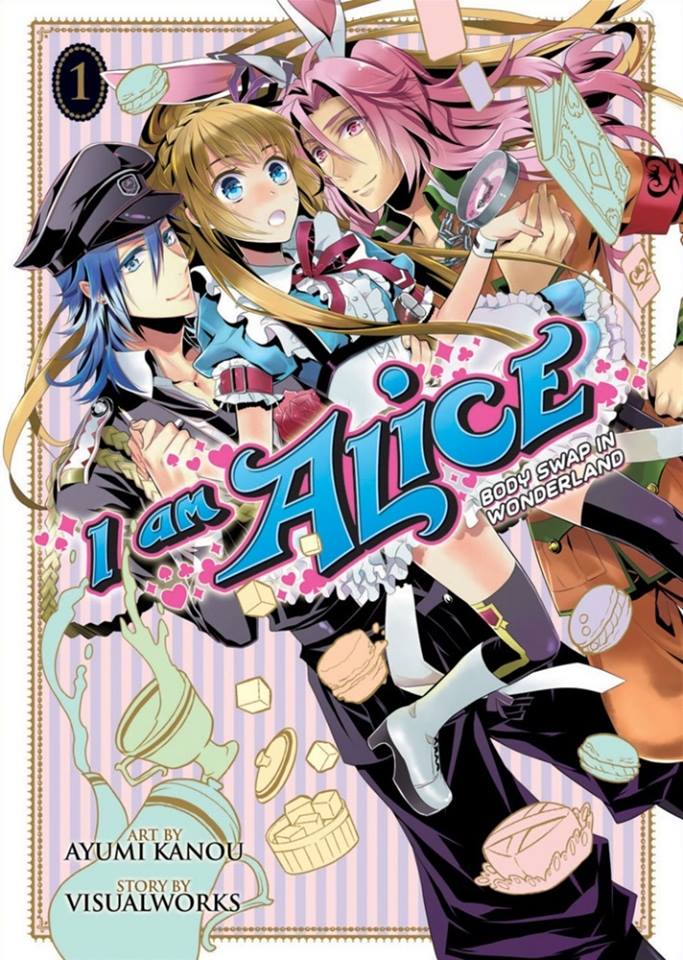 Makoto was an ordinary boy having a perfectly ordinary day. Then he picked up a weird book off the library shelf, and everything got turned upside-down. The book sucked him into a strange, twisted version of Lewis Carroll’s famous Wonderland, where monsters terrorize the countryside and the White Rabbit is a captain in the King of Hearts’ army. And to make matters worse, when Makoto got sucked into Wonderland, he wound up trading bodies with the weapons-obsessed Alice! Now he has to find a way to get back home, and back into his own body, before all the admiring men of Wonderland find out he’s really a boy. Or before he trips over his skirts and high heels! 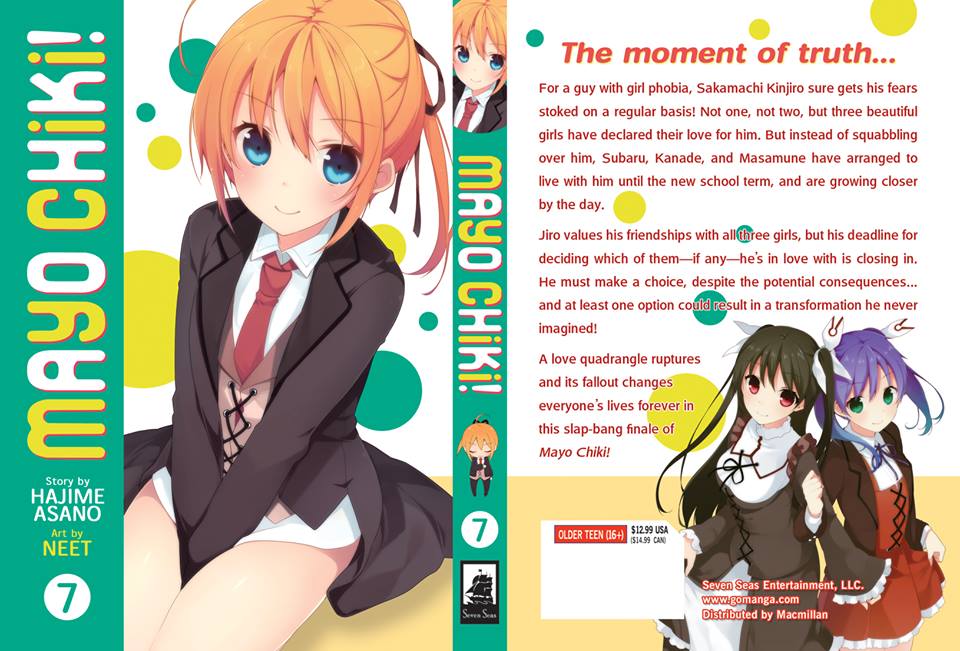 The moment of truth…For a guy with girl phobia, Sakamachi Kinjiro sure gets his fears stoked on a regular basis! Not one, not two, but three beautiful girls have declared their love for him. But instead of squabbling over him, Subaru, Kanade, and Masamune have arranged to live with him until the new school term, and are growing closer by the day.Jiro values his friendship with all three girls, but his deadline for deciding which of them—if any—he’s in love with is closing in. He must make a choice, despite the potential consequences…and at least one option could result in a transformation he never imagined!A love quadrangle ruptures and its fallout changes everyone’s lives forever in this slap-bang finale of Mayo Chiki! 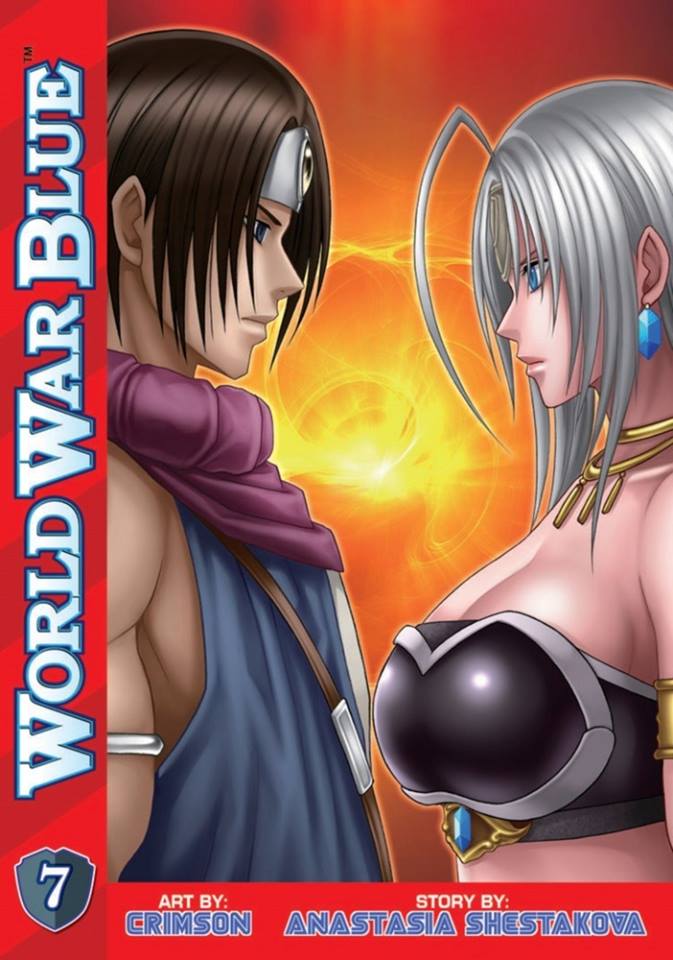 THE ENEMY OF MY ENEMY IS MY FRIENDAll her life, Queen Crystal has worked towards one goal—becoming the strongest fighter on the continent so she can defeat the hero Myomut. Now, after years of training and sacrifice, she’s ready to take him on. In order for her plan to work, she needs the help of Gear and his team. In return, she promises to help them in their war against Ninteldo. But can Crystal be trusted to keep her word?Queen Crystal vs the hero Myomut! Who will emerge in the battle for supremacy? 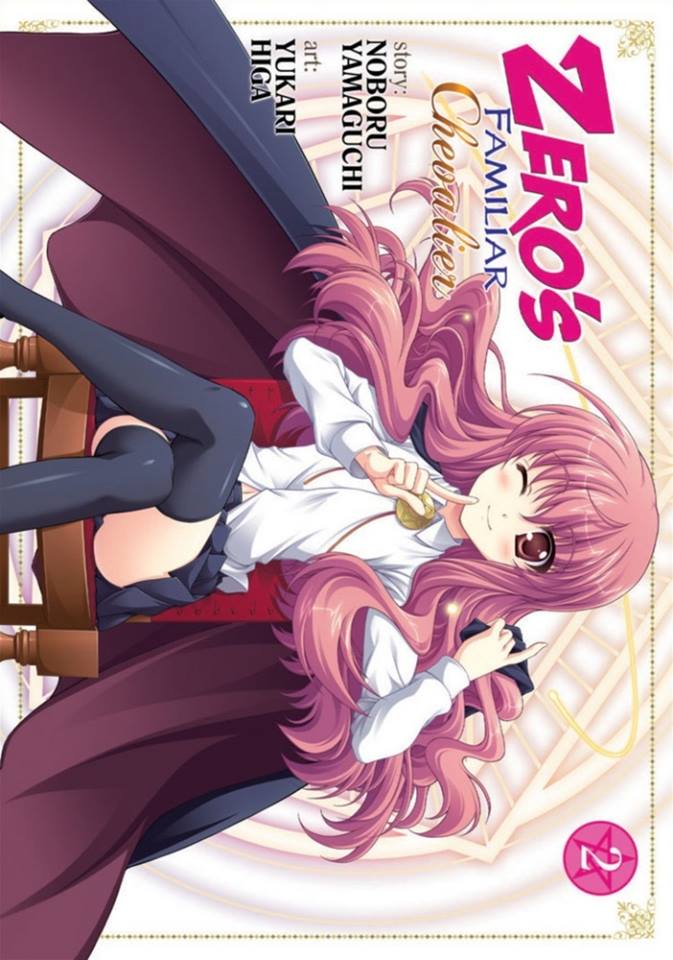 QUEEN OF HEARTSLouise and Saito are still undercover at the Charming Fairy Inn when they get some bad news—Queen Henrietta is missing!With their relationship on the rocks, Louise and Saito each decide to help Henrietta in their own way. Louise teams up with a serious, noble-hating Chevalier named Agnès and pieces together clues about the conspiracy to take Henrietta’s throne. Meanwhile, Saito finds a more intimate way to help the queen…