Madman Entertainment Announces a Number of Changes to Their Manga Distribution 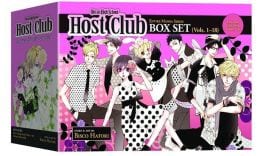 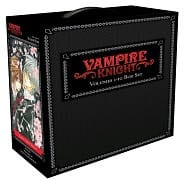 Earlier today, Madman Entertainment made an update to their official website with a statement regarding their manga distribution for pre-existing and future titles, bringing both good and bad news to the mix.

They claim that for a period of time it has been difficult for them to resupply select titles published by Singaporean publisher Chuang Yi, and gradually learned that they had ceased operations, despite there being no official announcement to let everyone known. Therefore it seems like some titles will be unavailable when they sell out for an indefinite period of time.

In a fortunate turn of fate, Madman Entertainment have since been hard at work with US-based Viz Media to replace the shortfall in supply with VIZ editions. Both Vampire Knight and Ouran High School Host Club are the first two series set to benefit from this program, with hopefully more to be confirmed at a later date. These will be available alongside the Chuang Yi releases until the older editions run out.

While pricing remains unknown, Madman Entertainment intend on publishing Box Sets for Ouran High School Host Club and Vampire Knight in May and June 2014 respectively – with the latter to be split over two sets.