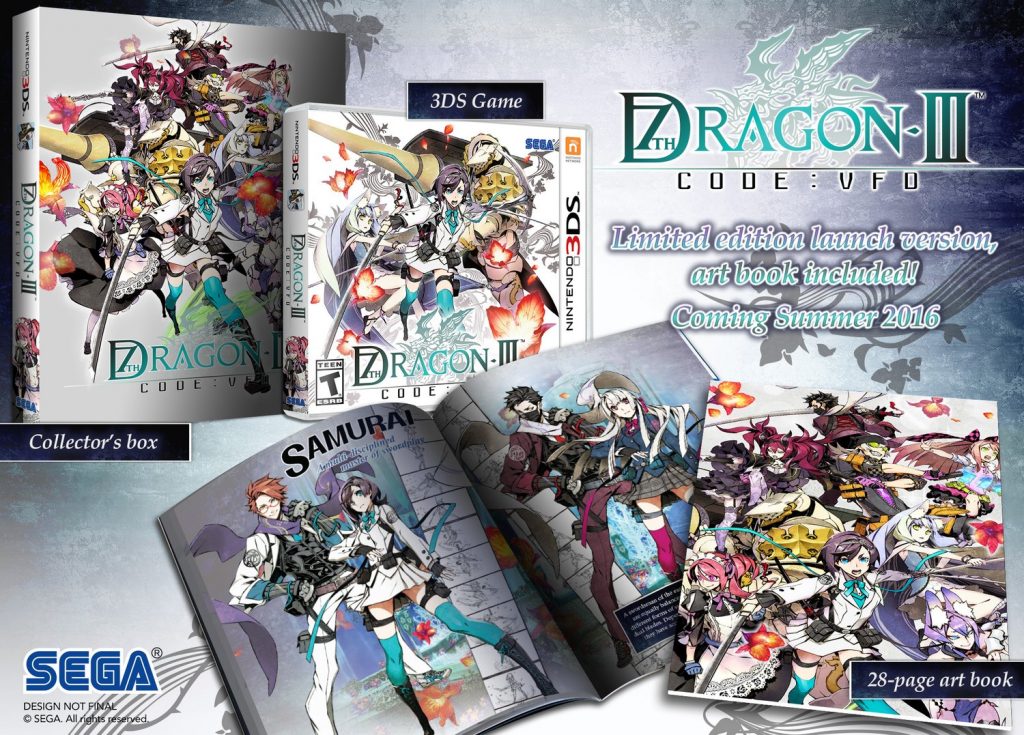 As you are sometimes committing to purchase the game prior to having the luxury of checking out reviews, it is always nice to receive something a little bit extra when purchasing a first-print copy for a game.

When SEGA release their localised version of JRPG 7th Dragon III Code: VFD later this year, pre-order and first print copies of the game will receive a bonus 28-page artbook. While short in page count, this book is set to provide a peek at the design work that went into creating the game’s character classes, ferocious dragons, monsters and the environments across all three time periods. The artbook and game will also come stored in a collector’s box – both of which are pictured above.

In 7th Dragon III Code: VFD, humankind is on the brink of extinction until the game company NODENS devises a way to travel back in time. Players will have to explore three time periods with a party of customisable characters (8 classes, 40 voices, and 96 appearance options), to fight dragons and save the human race. This is all the while collecting cats to include in the game’s Cat Café… after all… even heroes need their downtime.

7th Dragon III Code: VFD will be released later this year digitally and physically on the Nintendo 3DS.