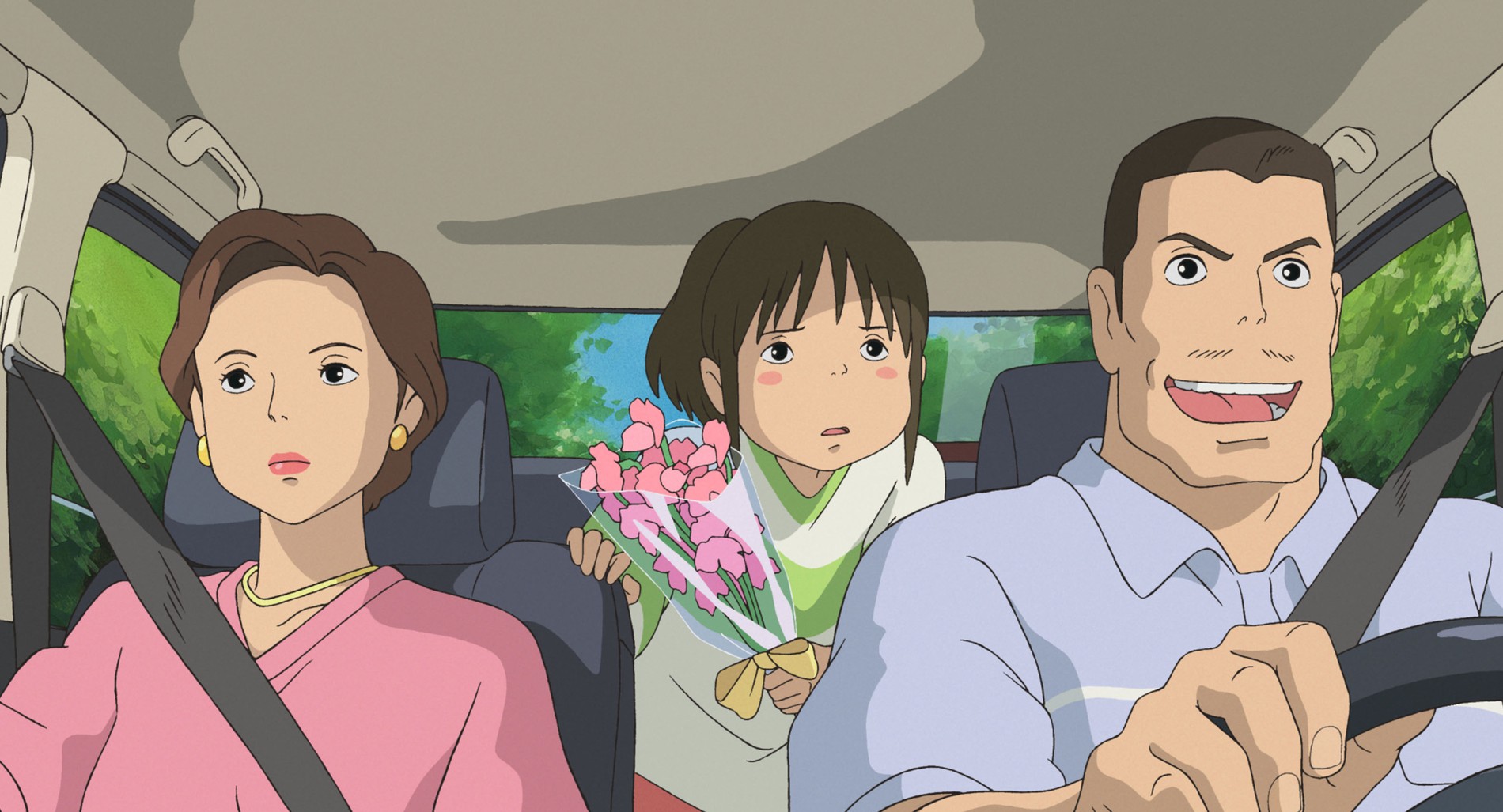 While subject to change between now, them going on pre-order next month and being released, we have gotten our first sneak peek at the physical anime releases Australian anime publisher Madman Entertainment intends to hit shelves in November 2021. Planned to be released just ahead of the holiday season include a complete Season 1-5 collection of Sailor Moon, new works such as Kakushigoto and Deca-Dence and even a 20th Anniversary Limited Edition of Studio Ghibli’s iconic Spirited Away.

A full list of titles intended for physical release in November can be found below.

The Magic Knights prepare to attack Megicula and other Spade Kingdom-dwelling devils, but things are not quite so simple for this crew. They only have six months to get ready-and earth, fire, and water will all play key roles in the devils’ defeat!

Many years have passed since humanity was driven to the brink of extinction by the sudden emergence of the unknown life forms Gadoll. Those humans that survived now dwell in a 3000 meter-high mobile fortress Decadence built to protect themselves from the Gadoll threat.

After an intense battle, Asirpa is captured by Ogata’s group, and Sugimoto joins forces with the 7th Division to search for her. Now, only she can solve the mystery surrounding the Ainu gold. Will the two reunite as they enter a land of extreme cold?

Young Gon dreams of following in his father’s path and becoming a Hunter, an elite class of adventurer with legendary skills. But to make the grade he’ll first have to pass the extremely difficult and dangerous Hunter Qualification Exam.

His journey leads him on the shared path of the Hunter’s exam, to lands beyond imagination and to friends who grow closer with each new trial. As the difficulty of the challenges mounts, will Gon and his friends prevail or will they wash out like so many others?

Kakushi Goto is a wholesome single father with an unfortunate secret – he’s the creator of a raunchy manga! He’ll go to all sorts of ridiculous lengths to protect his 10-year-old daughter, Hime, from finding out what he actually does for a living.

From the world’s biggest Quirk competition to new internships, Class 1-A has their hands full. Will they set aside their rivalries long enough to face their biggest opponents yet their teachers?

When 14-year-old Usagi Tsukino saves a talking cat named Luna, she receives a magic brooch that transforms her into Sailor Moon. Now she must find the other Sailor Guardians and work together to track down the Moon Princess as well as defend Earth against the evil Queen Beryl and her four lieutenants.

Usagi and her friends return to their normal lives after their epic battle,but the Sailor Guardians are called back into action when powerful new enemies appear. By the power of the Legendary Silver Crystal, Sailor Moon gains strength with a dazzling new attack and transformation.The coming battle won’t be easy, but things get even more complicated when a mysterious pink-haired girl falls from the sky and goes after Mamoru!

Usagi’s friend Rei has been plagued by disturbing visions of the Apocalypse just as a new enemy appears in the city. The maniacal Professor Tomoe, leader of the Death Busters, has been targeting innocent citizens in a search for three special pure heart crystals. Usagi is prepared to confront this dangerous new foe, but two powerful new Sailor Guardians are already seeking the crystals and have no interest in working with Sailor Moon and the other Guardians. Where did they come from, and what is their plan for pure heart crystals?

Sailor Moon and the Sailor Guardians are about to face their greatest challenge yet – high school! But as the girls take their next big step in life and Chibi-Usa prepares to return to the future, a mysterious force frees the evil Queen Nehalennia! While the struggle to contain her old enemy will be difficult, it may be Mamoru’s year of studying abroad that hurts Usagi the most. But there’s even more to take Usagi’s mind off of long-distance love with the arrival of the villainous Sailor Anima Mates and the heroic Sailor Star Lights! Who could be behind this new wave of evil? And why are the Star Lights resistant to working with Sailor Moon? Usagi has her hands full, but she’ll always make time to write a love letter to her beloved Mamo.

Contains all 3 Sailor Moon movies in one collection

Long before Mamoru found his destiny with Usagi, he gave a single rose in thanks to a lonely boy who helped him recover from the crash that claimed his parents. This long-forgotten friend, Fiore, has been searching the galaxy for a flower worthy of that sweet gesture long ago. The mysterious flower he finds is beautiful, but has a dark side- it has the power to take over planets. To make matters worse, the strange plant is tied to an ominous new asteroid near Earth! Faced with an enemy blooming out of control, It’s up to Sailor Moon and the Sailor Guardians to band together, stop the impending destruction and save Mamoru!

A snow storm has hit Tokyo, marking the arrival of the deadly alien Princess Snow Kaguya! She has a chilling plan to freeze the earth, but it requires a single piece of her ice comet to returned to her. After falling ill due to the cold, Luna is rescued by a handsome astronomer, Kakeru, who happens to have the remaining shard of the comet! Called into action to protect Luna and her new found crush, Sailor Moon and the 8 Guardians are now only hope the world has of avoiding an eternal winter!

Around the world, children are disappearing – and the culprits are not of this world! The evil Queen Badianier plots to trap Earth in a dark energy field called the Black Dream Hole, powered by the sweet, sugar energy produced from the dreams of children. Meanwhile, Chibi-Usa befriends Perle, a new kid who seems to have grown fond of the town’s warm and friendly atmosphere. Their peace is short lived when they find the town’s children suddenly start sleep-walking out of their homes, including Chibi-Usa! Sailor Moon, Perle, and the Sailor Guardians must now fight to save the lost children before the enemy can place the world into an eternal sleep that’s definitely not sweet!

Countryside foxgirl Howan has a dream-and it’s taking her to the big city! Along with a few new friends, she’ll form a band that will allow them to achieve the stardom they’ve always hoped for.

Chihiro thinks she is on another boring trip with her parents. But when they stop at a village that is not all that it seems, her parents undergo a mysterious transformation, and Chihiro is whisked into a world of fantastic spirits, shape-shifting dragons and a witch who never wants to see her leave.

She must call on the courage she never knew she had to free herself and return her family to the outside world.

The second biggest box office hit of all time in Japan, Spirited Away helped redefine the possibilities of animation for Western audiences and a generation of new filmmakers.

Combining Japanese mythology with Alice in Wonderland-type whimsy, Spirited Away cemented Miyazaki’s reputation as an icon of animation and storytelling.

Raised in peace and on fanciful tales of a mythical far-off land without war, young Thorfinn dreams of someday traveling to the fabled Vinland. That dream is shattered when threats from the legendary Jomsvikings put him in the path of a band of Viking mercenaries, forcing Thorfinn’s father to sacrifice himself to the band’s leader: Askeladd.

Alone and far from home, Thorfinn joins the forces of his father’s slayer, determined to compel a duel with the mercenary leader and avenge his father. However, Thorfinn quickly finds himself ill prepared for a soldier’s life in the long war between Denmark and England…where the opportunistic Vikings earn coin by fighting for both sides. Now he must learn how to fight and survive, even if it means facing friend and clan in battle!