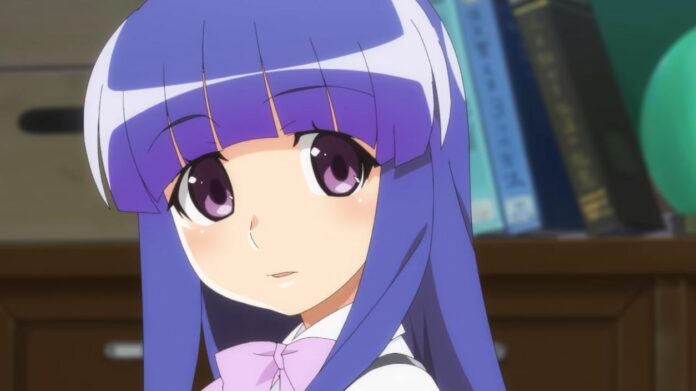 Next month, an anime reboot of the Higurashi no Naku Koro Ni (ひぐらしのなく頃に) murder mystery franchise will begin airing in Japan, closely followed internationally with Funimation Entertainment and Madman Entertainment holding the North American and Australian rights respectively. While I would not expect to see the series become purchasable internationally until at least 2022 at the earliest, those residing in Japan will be able to begin purchasing DVD and Blu-ray releases containing four episodes from February 2021. While, there are standard editions which contain a small selection of goodies for approximately 12,000 yen… for those willing to spend big… there is another option.

A limited production edition has opened for pre-orders in Japan, which will include not only a range of other bonus goodies including club goods (Planned to be Hanafuda cards), a special booklet and soundtrack CD – but a 1/7 scale figure of protagonist Rika Furude wearing the Angel Mort uniform – based on the designs of Akio Watanabe.

Higurashi no Naku Koro ni is adapted from the original sound novel works of 07th Expansion and Ryukishi07, and tells a murder mystery story set in the small Japanese rural village of Hinamizawa. This is a reboot of the original TV anime, but will reprise the show’s original Japanese voice cast – including Soichiro Hoshi as Keiichi MAebara, Yukari Tamura as Rika Furude, Mai Nakahara as Rena Ryuugu, Satsuki Yukino as Mion Sonozaki and Mika Kanai as Satoko Houjou.

This season is being animated by Passione, whose original works include Interspecies Reviewers (2020), High School DxD Hero (2018) and Hinako Note (2017).

A good user interface can make or break a good streaming service. When you...

Granted the Australian cinema landscape is still recovering from the impact COVID-19 has had...

A sometimes underappreciated film which served as the directorial debut of legendary Japanese animated...

With very creative and inspiring musicals and stage productions teased and released annually, it...
Previous articleGet Rollin’ On The PS4 and Xbox One This November – Katamari Damacy Reroll Being Ported Across to Both Platforms
Next articleSuper Mario 3D All-Stars Launches Today, Get Ready For The Ultimate Nostalgia Trip
Twitter Youtube
© The Otaku's Study