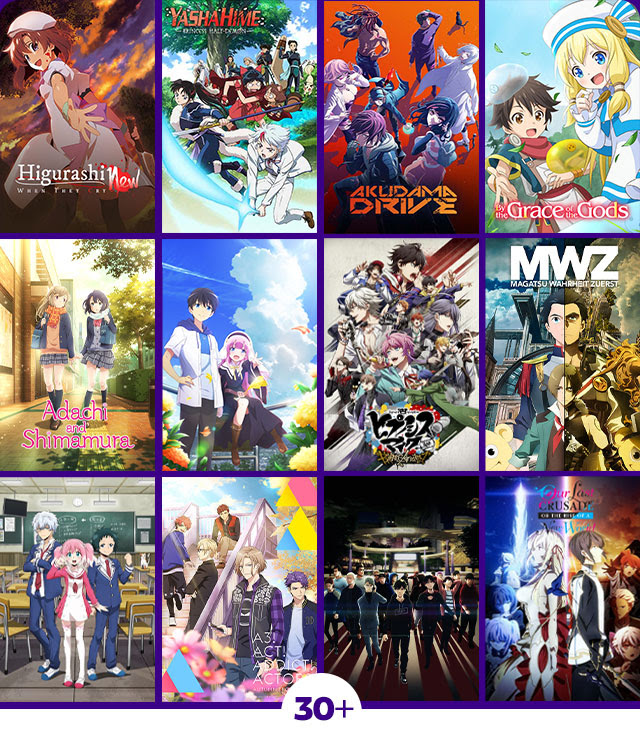 Eager to dive into Japan’s ‘Fall 2020’ anime season next month? You and me both! If you reside in Australia or New Zealand and subscribe to Madman Entertainment’s AnimeLab video streaming service, you will have access to more than 20 new and returning simulcast series with original Japanese audio and English subtitles. Starting on Friday with the anime reboot of Higurashi: When They Cry – New, a full list of new and returning series can be viewed below!

My preliminary personal picks for this season include KING’s RAID: Successors of the Will, The Day I Became a God, Talentless Nana, Higurashi: When They Cry – New and By The Grace of the Gods

Miyuki Shiba’s classmate Kitayama Shizuku is on her way to study abroad. For magicians, this is normally impossible, since allowing the genes of someone who can use magic outside their home country’s borders is tantamount to giving up national secrets. But it’s allowed to happen in one case—exchange programs.

And that’s how Angelina Kudou Shields, known as Lina, has arrived in Japan from the USNA to study at First High. Around the time Lina arrived in Japan, magicians began getting attacked by a mysterious being who leaves his victims drained of blood. Will Tatsuya and Miyuki Shiba be able to discover the identity of the “Vampire”?

2
Our Last Crusade or the Rise of a New World

Embroiled in a hundred-year war, young Iska is sent to assassinate the Ice Calamity Witch, Aliceliese. Meant to murder each other, their initial encounter on the battleground creates doubt in their missions, but finding common ground together would make them traitors to their own countries.

Though circumstances previously made them enemies, their now conflicted hearts may just make them lovers!

Tensions are rising between the Clover and Spade Kingdoms as Asta and the Black Bulls continue the search for the remaining Devils.

SimulDub™ is ongoing and recorded from home.

Luffy arrives at the Land of Wano to find its people and its beautiful lands in a disastrous state. The one behind it all is Kaido of the Four Emperors, who is in league with the shogun!

The Straw Hats search desperately for allies while the island’s tragic history comes to light. Amid the stories of the past, a tale of Oden and Gol D. Roger surfaces.

Simulcast is ongoing. Catch more dubbed episodes on AnimeLab, as the Straw Hats make it to Dressrosa before the end of 2020.

Watch One Piece on AnimeLab.

5
KING’s RAID: Successors of the Will

A century has passed since King Kyle of the Orvelia kingdom destroyed the fierce demon lord Angmund, restoring peace to the lands.

But serenity was not meant to last forever—with the news of new demon appearances reaching the ear of young squire Kasel, who bands together a group of companions that embark on a journey to locate the fabled holy sword to defeat the new enemies.

Shinra and Company 8 have figured out the Evangelist’s goal: to gather Adolla Bursts from Shinra and Sho. After learning more about his past from Captain Burns, Shinra becomes more motivated to discover the truth about his mother and save Sho again.

But a mysterious girl known as the “First Pillar” reveals the Evangelist’s master plan to start another Great Cataclysm!

SimulDub™ is ongoing and recorded from home.

Yashahime: Princess Half-Demon follows the daughters of Sesshomaru and Inuyasha as they set out on a journey transcending time. Set in feudal Japan, half-demon twins Towa and Setsuna are separated from each other during a forest fire. While desperately searching for her younger sister, Towa wanders into a mysterious tunnel that sends her into present-day Japan, where she is found and raised by Kagome Higurashi’s brother, Sota, and his family.

Ten years later, the tunnel that connects the two eras has reopened, allowing Towa to be reunited with Setsuna, who is now a demon slayer working for Kohaku. But to Towa’s shock, Setsuna appears to have lost all memories of her older sister. Joined by Moroha, the daughter of Inuyasha and Kagome, the three young women travel between the two eras on an adventure to regain their missing past.

8
The Day I Become a God

Yota Narukami had a life to live—or at least he did until he meets young Hina, who declares the world will end in 30 days. Scorning her prophecy, he refutes her prediction but questions himself after seeing her abilities in action. Moving in, they find a common bond most unexpected.

Is it true, is it really the end? More importantly, why did she pick him to spend their final moments together?

When the Pillars suddenly appear onEarth, threatening all life, it’s only the act of the god Odin that offers humanity salvation. Providing a means of fighting back, he gives Earth the Valkyries, young female pilots with supernatural powers and spirit fighter planes.

These skilled troublemakers, all young, risk their lives in a long-running war—but the final battle is fast approaching!

Earth is under attack by ferocious, extraterrestrial monsters known as the Enemies of Humanity. But fear not! A unique preparatory school situated in a secret island location is currently training a collective of super-powered teenagers called the Talented to fight back against the aliens.

Among them is blissful Nana Hiiragi, a seemingly powerless, pink-haired girl equipped with ample intelligence.

Watch Attack on Titan on AnimeLab!

New kid Keiichi Maebara is settling into his new home of peaceful Hinamizawa village. Making quick friends with the girls from his school, he’s arrived in time for the big festival of the year.

But something about this isolated town seems “off,” and his feelings of dread continue to grow. With a gnawing fear that he’s right, what dark secrets could this small community be hiding?

Many years ago, a Great Civil War ravaged Japan, leaving the country fragmented between two regions: Kansai and Kanto. In Kansai, a group of six Akudama carry out missions given to them by a mysterious black cat, while evading the police.

But a dangerous journey is about to unfold when a civilian girl becomes twisted into the Akudama’s way of life and witnesses their criminal drives.

Separated from Sugimoto, Asirpa now travels toward the Russian border, focused on discovering more about her and her father’s involvement with the coded tattoos. But Sugimoto is determined to find and protect Asirpa!

Along the way, he’ll discover new people, new cultures rich with history, and an unforgiving terrain. Will Sugimoto and Asirpa survive their journeys and reunite?

Crime-ridden Ikebukuro is a haven for violent gangs, the Yakuza, and home to Makoto Majima. To protect his friends, this charismatic troubleshooter mediates disputes among the warring factions—even fixing problems the police can’t.

But when a rising tide of violence results in Makoto losing a loved one, can he ride out the storm, or will he drown in all the spilled blood that floods his streets?

Based on the popular RPG game from KLab. In the Wahrheit Empire, humanity’s spirit remains fragmented from a disaster in the past where many lives were lost to bloodthirsty monsters who were once summoned.

But the fate of the capital is about to drastically change when shy transport worker Inumael and naive Empire soldier Leocadio get caught up in a smuggling incident.

Legendary rap group The Dirty Dawg could have taken Japan by storm, but they broke up before they could. Now each member has joined one of four rival groups—fighting for the territories Ikebukuro, Yokohama, Shibuya, and Shinjuku.

Battles for turf are fought with Hypnosismics. These special microphones have the power to affect the human spirit, and people now use rap to determine superiority.

Former showbiz stars Roko, Hayu, and Nina live together in a dormitory for dropout idol girls. As timing would have it, young dreamer Sakura happens to move in with the other girls just as an announcement is made to tear down the dorm due to a 100-million-yen debt!

This leads to the unexpected formation of a new idol group called Fruit Tart. Their sole mission: earn some yen and stop the demolition.

When four hardworking friends pair up to chase their dream of becoming professional stand-up comedians, they quickly find out that being funny is seriously difficult!

Join Fubuki, Mafuyu, Rin, Nayuta, and the rest of their hilarious pals as they overcome obstacles on the journey to achieving their ultimate goal: performing live at the Namba Grand Kagetsu!

Mankai Company is a far cry from its glory days as an all-male theater. With only one member left and debt collectors at the door, it’s no wonder Izumi Tachibana finds herself in over her head when she boldly confronts the Yakuza’s loan sharks, promising to bring her father’s theater back into the spotlight.

She might be able to recruit enough talent, but can they bloom into the actors she needs?

Having moved back to Japan from abroad, Rinku Aimoto transfers to Yoba Academy where DJing is popular. She is deeply moved by a DJ concert she sees there, and decides to form a unit of her own with Maho Akashi, Muni Ohnaruto, and Rei Togetsu.

While interacting with the other DJ units like Peaky P-key and Photon Maiden, Rinku and her friends aim for the high stage!

22
By the Grace of the Gods

Only 39 years into a life full of bad luck, Ryoma Takebayashi passes away in his sleep! Taking pity on him, three divine beings show compassion by reincarnating him as a young boy to a magical, new world.

Now he spends his time researching and caring for slimes. But after healing an injured traveler, Ryoma decides to set out with his new friends on a journey to use his power to help others.

As awkwardness and confusion settle in, the two girls travel this sea of emotions without a paddle as they learn about each other’s feelings.

After a night of drinking, Kaede wakes up realizing that in her drunken daze she had brought an unexpected guest home—a dinosaur! Kaede just goes with the flow and accepts her new living situation.

Now she navigates her daily life while eating, watching TV, and shopping with her prehistoric roommate. Together, the duo enjoys each other’s company as they take on whatever the day brings. 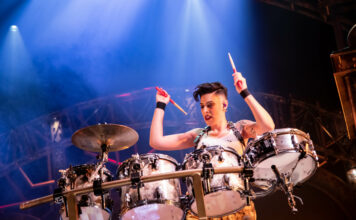 A Conversation with Stef Furnari 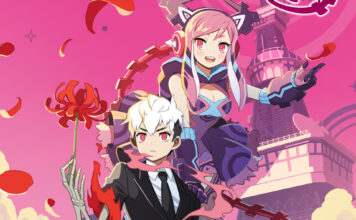 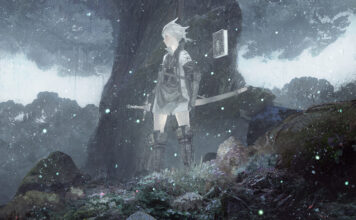