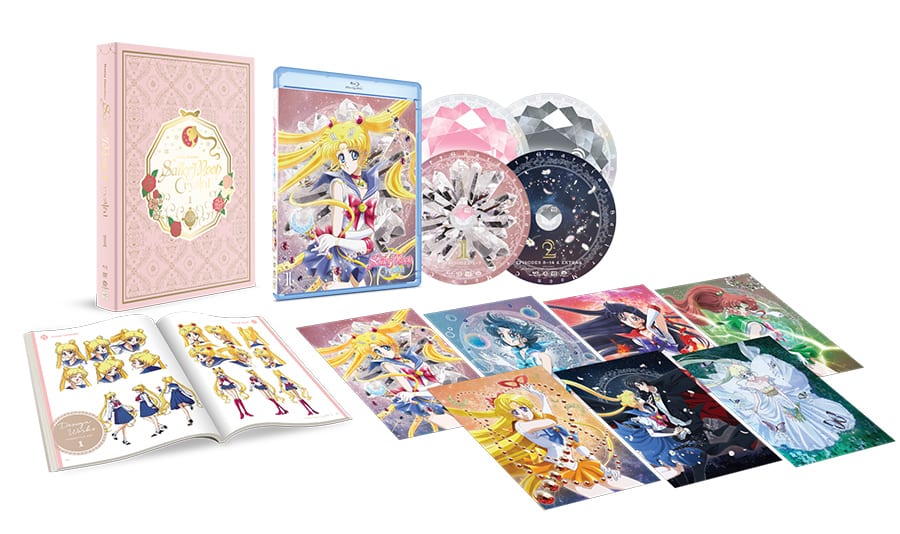 VIZ Media have been making good strides on their physical release of the 90s TV anime of Sailor Moon, which would be no small undertaking how many episodes there are to re-dub into English and get out to fans. But the North American publisher also have the newer anime adaptation, Sailor Moon Crystal, to work on. 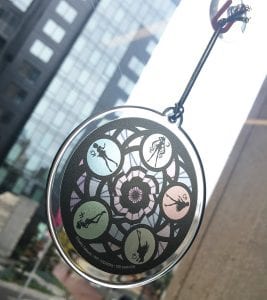 Following their simulcast of the show, VIZ Media have this morning confirmed their plans to release Sailor Moon Crystal Set 1 starting August 16th 2016. Sailor Moon Crystal Set 1 will contain the first 14 episodes of the show. All episodes will feature a newly commissioned English dub, but will come with an option to watch with the original Japanese audio and English subtitles.

The show will be available as both a standard DVD edition and a limited edition DVD/Blu-ray Combo Pack. Pre-orders are now being taken by select anime retailers. As a special bonus, those who pre-order through RightStuf.com will nab themselves an acrylic sun-catcher featuring the Sailor Guardian team (While stocks last).

The Standard Edition set will come with an MSRP of $39.99 USD, and just contains the episodes w/ variant O-card packaging and specialty foil printing. Episodes will be presented in 480p standard video format.

The Limited Edition set (Pictured above) will be approximately double the price of the Standard Edition at $79.99 USD. In addition to all fourteen episodes on both DVD (480p) and Blu-ray (1080p), this combo pack will also include 7 full-colour art cards and a full-colour booklet featuring episode summaries and more. This is in addition to on-disc bonus content including series trailers, a digital art gallery and a special “Introduction to Sailor Moon Crystal” featurette with the English voice cast.

Sailor Moon Crystal tells the story of Usagi Tsukino, an awkward teenage girl whose life is turned upside-down when she becomes Sailor Moon, guardian of justice and the Legendary Silver Crystal. With Tokyo under constant threat from the dark forces of Queen Metalia, Usagi’s arrival couldn’t have come at a better time. And luckily, she won’t have to do it alone! Other Sailor Guardians are awakening to join in the fight and help Usagi answer the biggest question of all: What power does the Legendary Silver Crystal hold?