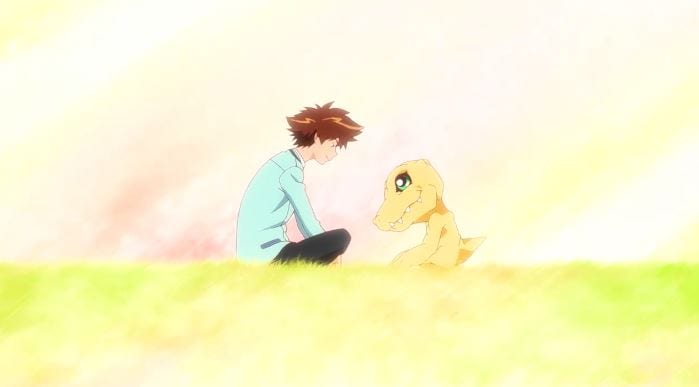 Created to celebrate the Digimon media franchise’s 15th Anniversary, a new series of animated films known as Digimon Adventure Tri have been commissioned, the first of which screened in Japan late last year. This series takes place several years after the events of Digimon Adventure 2, and focuses on the main cast of Digimon Adventure 1. While screened in cinemas within Japan, the film is being distributed as part-film episodes in the Western market.

Australian anime publisher Madman Entertainment have recently added the first four episodes of Digimon Adventure Tri (Aka. Reunion Part 1-4) onto their AnimeLab video-on-demand service. These episodes each come in at approximately 24 minutes each, and features the original Japanese dub w/ English subtitles.

There is currently no word on when Digimon Adventure Tri: Reunion or any of the other Digimon films will be released on home video formats. Therefore, an official video-on-demand service is your best opportunity to watch the show now rather than later. Check out the four episodes HERE.

Below is an official synopsis of Digimon Adventure Tri:

It’s been six years since that summer adventure when Taichi Yagami and the rest of the DigiDestined crossed over to the Digital World. And nearly three years have passed since the final battle between Hikari Yagami’s group and BelialVamdemon. As the peaceful days passed by, at some point the gate to the Digital World closed. Not even the DigiDestined know what caused this, and time alone continues to pass. The adventure now evolves once again.