Partly because I grew up reading the Harry Potter series and other similar “magic” oriented novels aimed at the young teen / young adult audience I could find in my local bookshop, I will admit my interest was piqued upon starting Magical Warfare. It does genuinely present an interesting concept, and is something I would consider reading more into should Hisashi Suzuki’s light novel series ever receive an English localisation. Despite this, I can’t say I was all that impressed with this anime adaptation, which felt rushed, confusing at times, and gave far too much attention to a trivial love triangle which leeched away time that would have been more valuable dedicated to the overarching plot.

Magical Warfare is a tale involving two worlds, one of which could be considered comparable to the world we currently reside in, and the other serving as a (mostly) desolate battleground resided by those with magical powers and warring groups. Initially residing in the human world, this series primarily follows high school protagonist Takeshi Nanase, who comes across an unconscious girl on his campus who is wearing an unknown school uniform. After awakening, this girl (Mui Aiba) attacks Takeshi thinking he is an enemy wizard – inadvertently turning him into one through the series’ magic acquisition plot device (If any human is hit by magic, they will turn into a Wizard). Following a battle against members of the antagonistic “Ghost Trailer” faction, Takeshi alongside his friends Kazumi Ida and Kurumi Isoshima opt to become students of the Subaru Magic Academy. From there, the quartet are tasked with training their skills, helping Mui rescue her brainwashed brother from Ghost Trailer and are drawn into some of the darker aspects of the ongoing war.

Some of the “magic school” plot elements were alright, there were some fairly interesting fights strewn throughout the episodes and there was a surprising cliff-hangar at the end which would ideally have led into a second season. Aside from these and the overarching concepts behind the series, everything else was pretty unremarkable in my opinion. Character development could have been a lot more in-depth (Especially with regards to the main male characters), the progression of events wasn’t always fluid and at times felt a bit rushed, and it was hard to get into the storyline when the trivial relationship between Takeshi, Mui and Kurumi kept being brought to the viewers attention.

Like some other anime series released to the English-speaking market recently including Rozen Maiden Zurückspulen and Problem Children Are Coming From Another World, Aren’t They (for example), being able to enjoy the full storyline of Magical Warfare seems to require at least one more season. Unfortunately, like the aforementioned series, there is no word on when or even if a second season will be commissioned. After watching all twelve episodes I found myself  left with many unanswered questions… and time will tell if they ever receive answers.

Unlike North America which received home video releases on both DVD and Blu-ray, Australian anime publisher Madman Entertainment opted to release Magical Warfare exclusively on DVD. The format choice in my opinion was appropriate, with the visual quality of this series being of an average quality overall. While not terrible, the design and animations were not particularly notable compared to other anime series which continue to push the boundaries.

Surprisingly, North American anime publisher Sentai Filmworks opted to commission an English dub for Magical Warfare. The overall dub quality was much like the design in my opinion – decent but nothing particularly remarkable. Highlights include Sara Ornelas as Kurumi, Leraldo Anzaldua as Tsuganashi Aiba and Andrew Love as Takao Oigami. In my opinion the Japanese dub is better than the English one on this occasion.

While its production quality was decent, Magical Warfare turned out to be a fairly unremarkable anime series overall. The concept behind it was decent, and I envision that it could have been better if the plot was presented more succinctly and with much more attention put towards the overarching storyline. While I would be tempted to give the second season a chance given how abruptly it concluded on an interesting cliffhanger, I would prefer that season to focus more on the task at hand rather than trivial matters not important to the storyline. 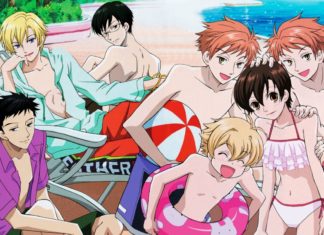 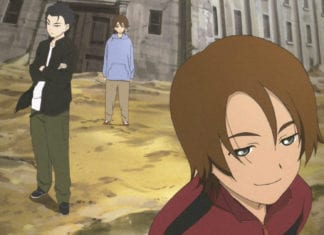 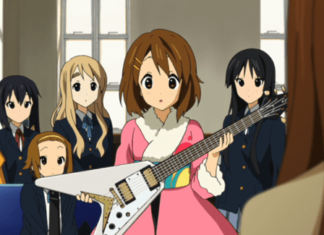