Hyperdimension Neptunia the Animation takes place in the world of Gamindustri, albeit one in an alternate reality to the video games. For those unacquainted with it, Gamindustri is broken up into four nations, each of whom represent a different video game console brand: Planeptune (Sega Neptune), LaStation (PlayStation), LeanBox (XBox) and Lowee (Nintendo [Wii]). Each of these nations are led by one CPU goddess – three of whom also have little sisters known as CPU Candidates.

At the beginning of Episode 1; Neptune (Planeptune), Noire (LaStation), Vert (LeanBox) and Blanc (Lowee) are seen signing a treaty which limits their ability to steal “Shares” from rival nations, and essentially fosters friendship between the nations. This rules out the main storyline of Hyperdimension Neptunia where there was initial animosity between the four goddesses, allowing each to receive ample airtime rather than keeping a heavier focus on Neptune.

Hyperdimension Neptunia the Animation does have an overarching storyline, which in particular borrows from (but does not completely rehash) ideas and events presented in Hyperdimension Neptunia Mk2 and Hyperdimension Neptunia Victory. Some examples of borrowed content includes the regular antagonism from Arfoire and her team, the introduction of Plutia and Peashy in the season’s latter half and multiple other plot events and incidents which have been sourced from the video games and introduced in a different light. But while there are the more serious elements to the story that are presented adequately, there is still a lot of the more light-hearted and comical content present across the episodes. Viewers are treated to adequate development of most characters, complemented by their individual eccentricities and a good supply of references for those who have played the video games or video games in general.

One possible flaw of Hyperdimension Neptunia the Animation is that it doesn’t seem to be all that approachable to those who haven’t already played at least Hyperdimension Neptunia Mk2 (or Re;Birth 2: SISTERS GENERATION). From the first episode, it seemed to assume that I already knew about each of the characters, and didn’t spend much time introducing the characters and general Gamindustri concepts. In a way I would call the animation more of a complement to the video games rather than an actual alternative. However, by not having to introduce each character and getting on with things, it did seem to leave a little more room for the writers to add new content.

Hyperdimension Neptunia the Animation’s story is not particularly deep, and in my opinion is something one could comfortably watch for a few laughs and not be left disappointed with when it tries to deliver something a bit more intense or action-oriented. I do appreciate that they haven’t completely copied content from its source material, and as a follower of the franchise I did genuinely enjoy watching it, but overall the anime series’ storyline came across as little more than average.

In Australia, Madman Entertainment have opted to release Hyperdimension Neptunia the Animation as a DVD-only set, with no word on if or when they plan to make a Blu-ray edition available for purchase. Overall, the design quality and animation is just above average, presenting visuals which make good use of both the season’s source material and the world in which it is set. I would say that the quality did fluctuate on occasion, with the most memorable scenes tending to be those more action-oriented.

The soundtrack of this series features an assortment of new and old tracks, including the appearance of Hyperdimension Neptunia opening theme Ryuusei no Bifrost during a battle in Episode 1. Most of the tracks however did seem to be newly composed however, offering a variety of different songs matching the standard of those used in-game. Hyperdimension Neptunia the Animation also offers a new opening theme (Dimension tripper!!! by Nao) and a handful of ending themes (The most prominent being Neptune☆Sagashite by Afilia Saga). The lyrical songs were all decent, although far from being the most impressive I have seen in recent months.

Given they handled the three original video games and have begun releasing anime series with English dubs, one might have initially expected Nippon Ichi Software America to have worked on Hyperdimension Neptunia the Animation themselves. Instead, it was FUNimation Entertainment who commissioned the English dub for this series and served as North American publisher. Despite this, FUNimation managed to get many of the original English voice cast members to reprise their role in this animated adaptation.

In terms of CPU Goddesses – Melissa Fahn, Erin Fitzgerald, Tara Platt and Wendee Lee return as Neptune, Noire, Vert and Blanc respectively. They were also successful with the CPU Candidates, with Christine Marie Cabanos, Sarah Williams, Carrie Keranen and Shelby Lindley returning as Nepgear, Uni, Rom and Ram respectively. Success rates dropped with some of the other characters however, and while Cherami Leigh and Cristina Vee returned as Plutia and Compa, Megan Shipman took over as IF and Tia Ballard voiced Peashy for example. Although the cast changes are sort of noticeable, these are not deal breakers by any means. Given their previous experience with titles like Bayonetta: Bloody Fate, I am glad that FUNimation Entertainment do try to get original voice cast members in when possible.

FUNimation Entertainment are often quite generous with their bonus on-disc content, and Hyperdimension Neptunia the Animation is not exception. However, I would have loved something along the lines of audio commentary, which I find to often be a highlight when it comes to the publisher’s other anime releases. Bonus content includes the 13th OVA Episode, a ‘Transform Collection’ which highlights each goddesses/candidates transform sequences uninterrupted, an assortment of commercials/promotional videos, textless opening/closing sequences and Hyperdimension Neptunia the Animation’s English trailer. Surprisingly, Madman Entertainment’s Australian release of the series does not include any trailers.

Hyperdimension Neptunia the Animation presents a distinct (although on occasions, somewhat familiar) storyline that is not just a simple rehash of tried and proven material. Although I would say the actual storyline itself is just above average, the show makes good use of the franchise’s characters, its source material, and its approach to fictionalising the video game industry and the “console wars”. All that being said, this is a series that better serves as a complement to the video games it is based on rather than being something approachable to newcomers. Not that this is a bad thing, as it did seem to save time that might have otherwise be spent on redeveloping and introducing each character from the start.

Hyperdimension Neptunia the Animation is now available for purchase from Madman Entertainment in Australia and New Zealand. FUNimation Entertainment handles the series in North America. Those in other regions should check out their local publishers of anime for availability. 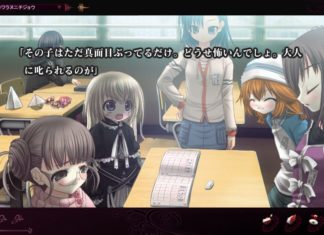 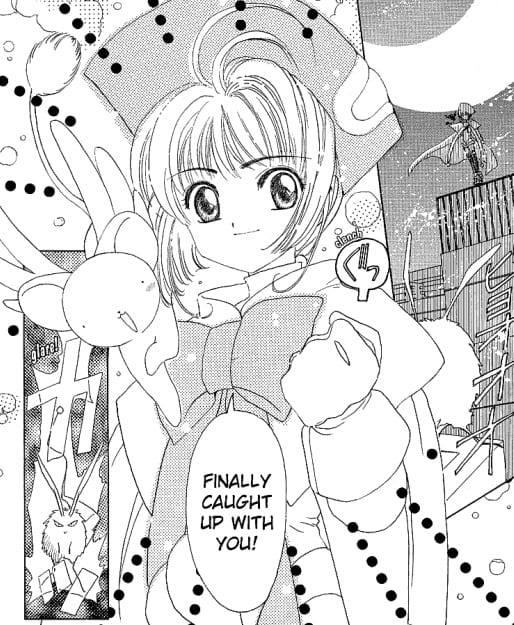 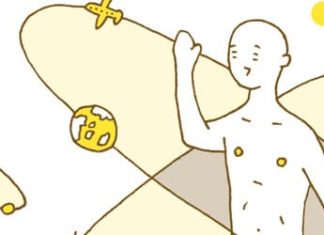 Wonderful Life with the Elements: The Periodic Table Personified – Book...