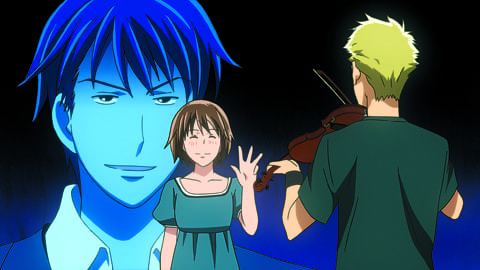 This set will be available exclusively on DVD and a price of $69.95 starting August 19 2015. The collection will include all episodes from the original season (Approx 600 minutes in length, the DVD-only Episode 8.5 OVA and dual-language audio (Japanese and English). Purchases can now be made via the official Siren Visual website.

For more information on this title, check out its official synopsis below:

At a top music academy in Japan, Shinichi Chiaki’s arrogance is matched only by his top-notch piano playing… But when Chiaki and the teacher get into a fight, he’s demoted to the reject class!

Chiaki is left to pursue his dream of being a conductor while surrounded by a bunch of loser musicians and one annoying girl, Noda, who has proclaimed herself Chiaki’s girlfriend.

It doesn’t help that Noda, who insists on being called Nodame, lives right next door to him.