My Neighbor Totoro Now Screening at the ACMI in Melbourne 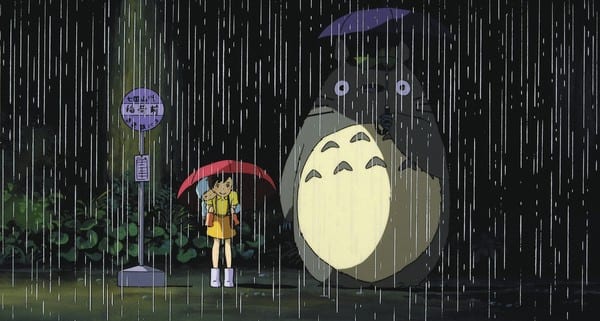 As part of their “By Request” film series, the Australian Centre for the Moving Image (ACMI) in collaboration with Madman Entertainment have announced that they will be screening Hayao Miyazaki’s classic My Neighbor Totoro. These screenings are set to be held between now and January 30th 2015.

Sessions will be held every Wednesday, Thursday and Friday between these dates at 11AM; with tickets just $7. While you can purchase this film on DVD and Blu-ray, this may be a fantastic way of beating the heat and enjoying the film the way it was originally enjoyed (Well, without Grave of the Fireflies).

More information on the screenings and ticket purchases can be found via the official ACMI website.

Two young girls, Satsuki and Mei, have moved with their father into a new home in the country, while their mother recovers from illness in a nearby hospital. To their surprise, they soon discover that they share this home with some rather unusual creatures and even stranger neighbours – forest guardians that the girls dub Totoro. When trouble occurs, their new friends will help them rediscover hope.