With their last anime releases in Australia being the anthology of “Black Lagoon” volumes back in July, the team at Universal Sony Pictures Home Entertainment have had months to put together a compilation of titles that will impress the Aussie anime fans. Releasing three volumes in the “A Certain Magical Index” franchise and helping us catch up to our North American counterparts is one way of leaving this writer impressed.

Starting from November 20th 2014, Universal Sony Pictures Home Entertainment will be releasing Part 1 of A Certain Magical Index II and Parts 1 and 2 of A Certain Scientific Railgun Season 2 on DVD. As always, these will be available through select anime retailers. More information on each of the three collections can be found below: 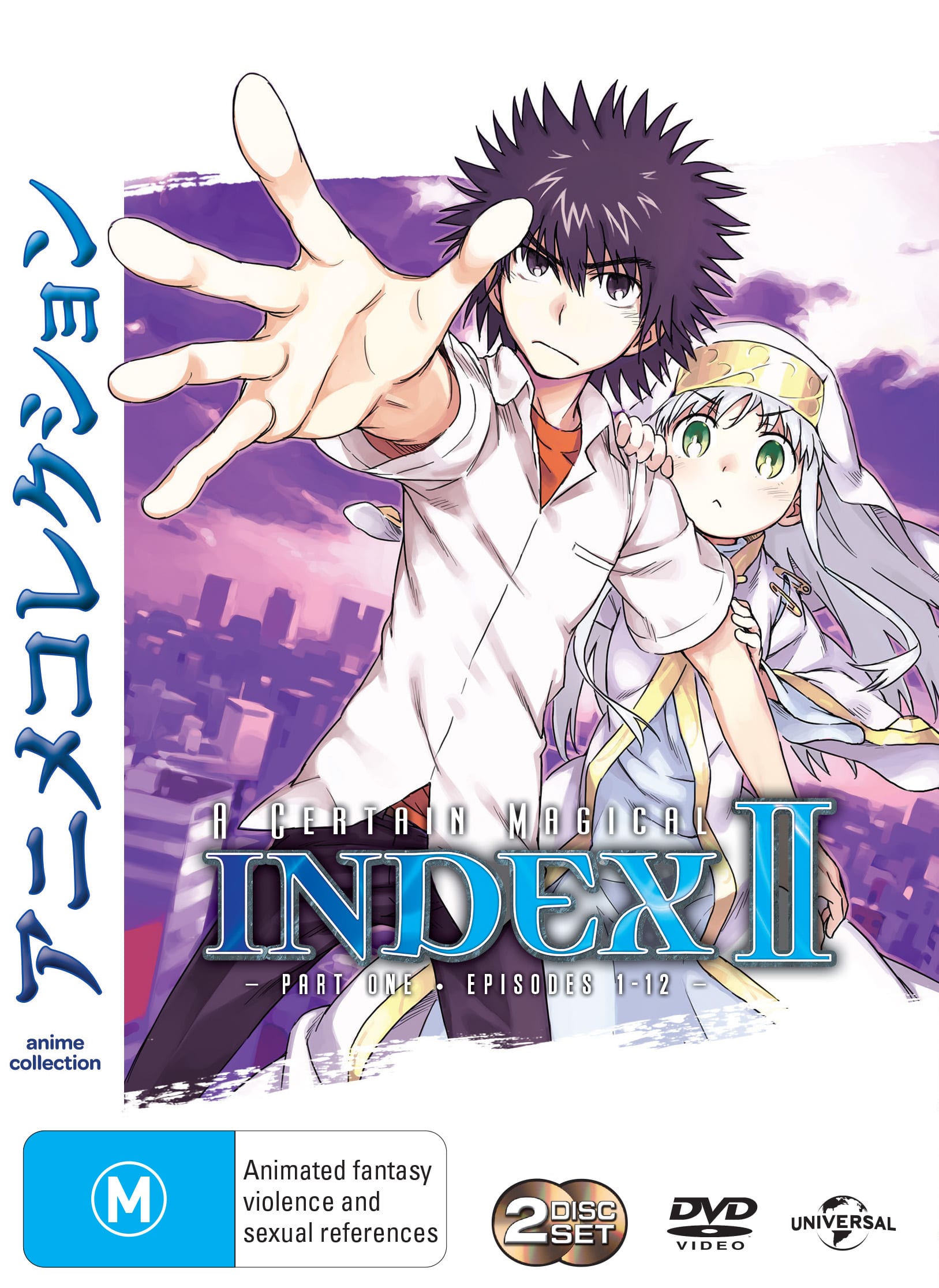 When science and sorcery clash, the result is explosive in this sequel to A Certain Magical Index. The Book of the Law, an encoded grimoire containing catastrophic magic has been stolen, so naturally Kamijo and Index join together in a crusade to protect the one person, a Nun, who can decipher the powerful text.

But as the group battles sects in the church and holy assassins, they realise that uncovering the true enemy may be more difficulty than rescuing the sister. Meanwhile, an organisation known as the Science Society resurrects an esper-producing program; a school festival brings out the competition, and consequently the drama, in the student population; and a mysterious figure negotiates the purchase of a sacred relic that could threaten the future of Academy City.

This collection contains a compilation of bonus on-disc extras including commentary for Episodes 2 and 7, in addition to textless opening and closing animations. 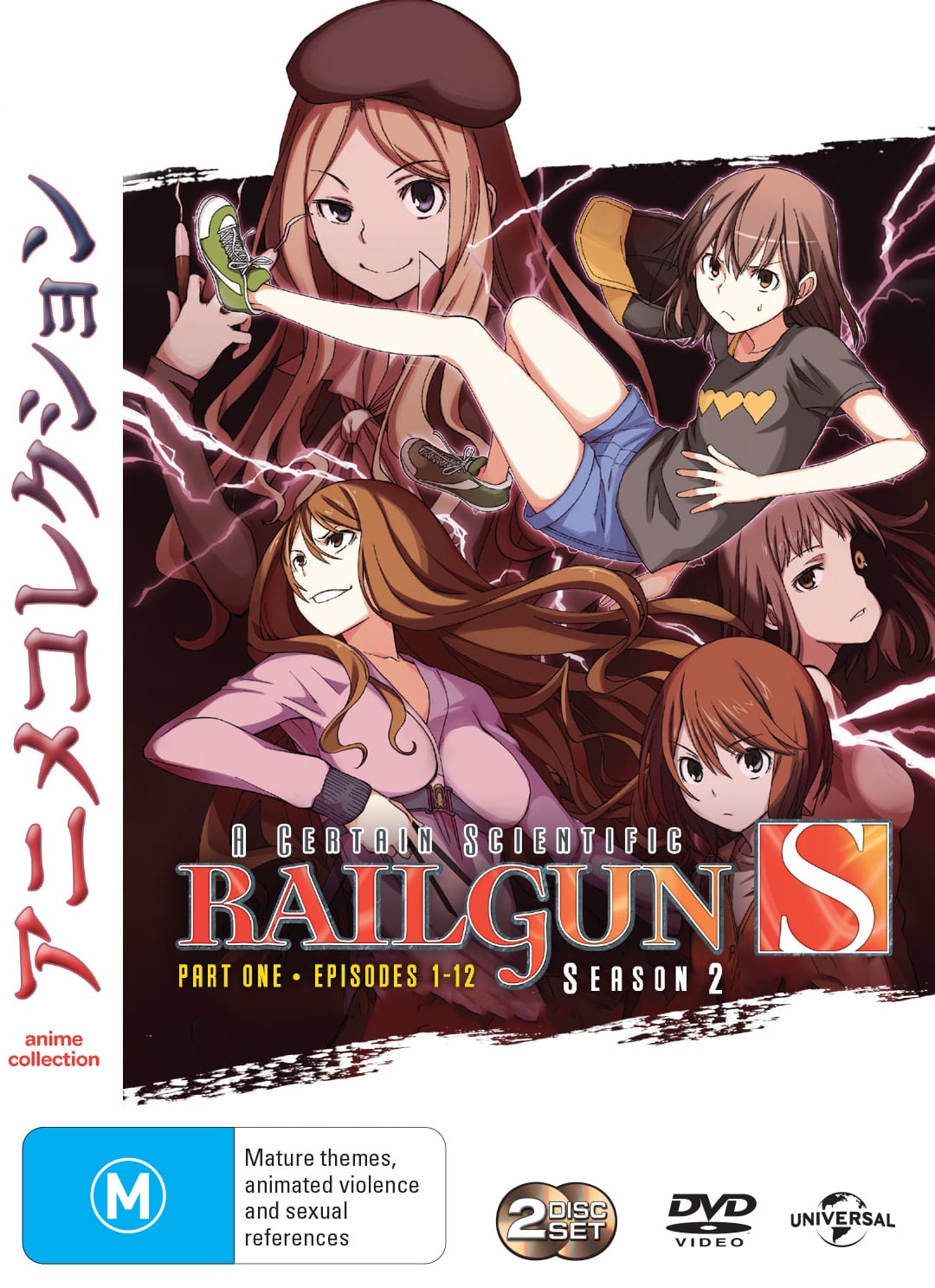 In Part 1, something sinister is growing in Academy City. The shadows are filled with whispers of a project to clone one of the super-powered students known as espers. High-ranking master of electricity Mikoto Misaka laughs off these stories until she comes face-to-face with a copy of herself.

The duplicates are real, and are being mass-produced from Misaka’s DNA, making each one of them a little piece of her. These clones, her sisters, are being systematically murdered in a series of experiments designed to turn a sadistic killer into the strongest esper in history. Misaka vows to save her copies and destroy the project, but this might be one fight she cannot win alone.

This collection contains a compilation of bonus on-disc extras including commentary for Episodes 5 and 7, in addition to textless opening and closing animations. 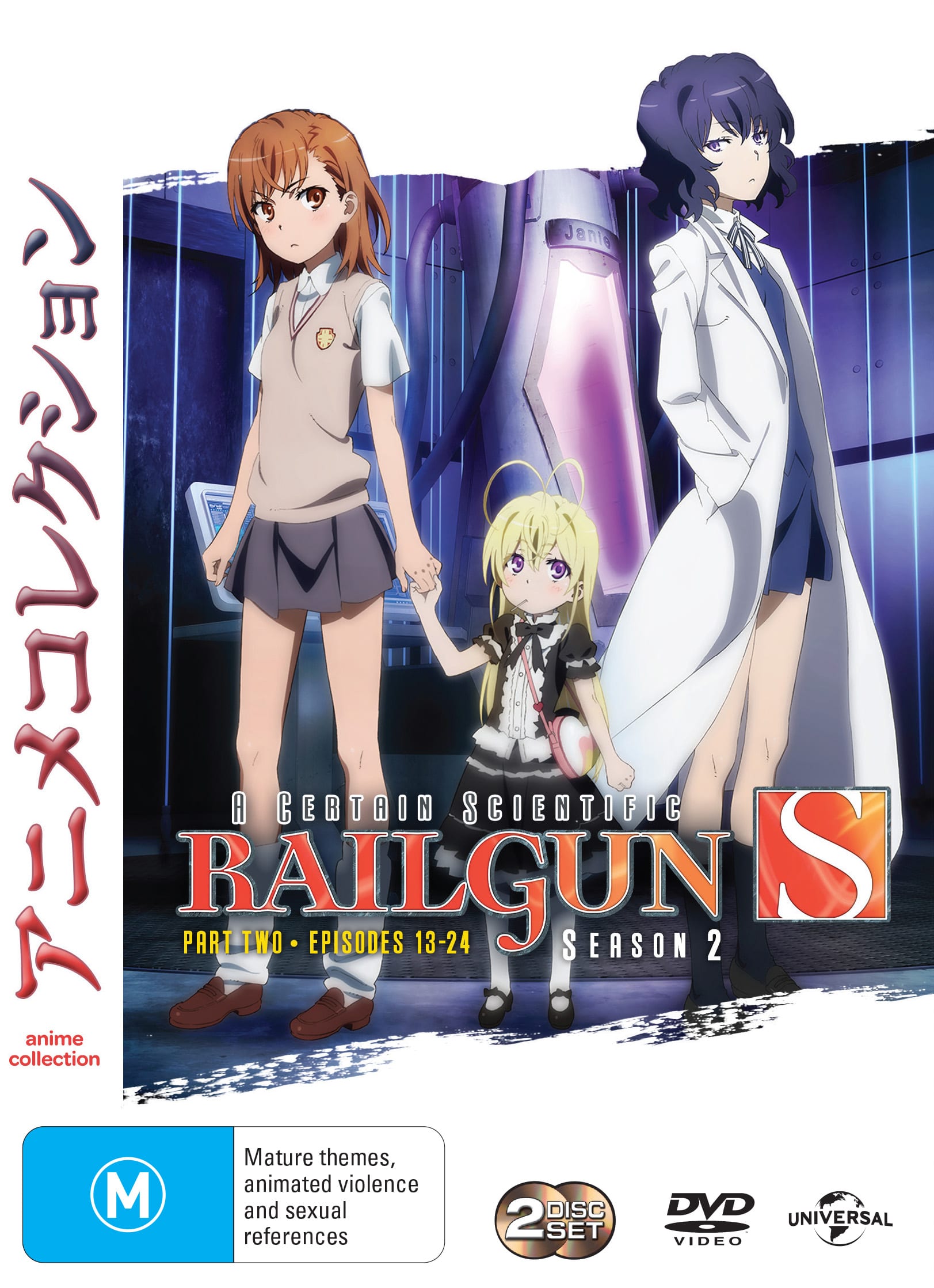 Sinister experiments continue to rock Academy City in Part 2 of this adrenaline-inducing series. A sadistic program has been creating duplicates of the level-5 esper Misaka, then murdering her sister clones in the name of science. Now that the electromaster knows the truth about the organisation, she’ll stop at nothing to bring it down, even if that means facing the power-hungry Accelerator in a fight that only one of them can walk away from.

Elsewhere in the city, an adorable young girl named Febrie is brought into Misaka’s circle of friends. As they begin to learn more about Febrie’s past, they discover that she too, is a victim of scientific forces in the city, and that’s something Misaka and the girls of Judgement simply won’t stand for.

This collection contains a compilation of bonus on-disc extras including commentary for Episodes 15 and 19, in addition to textless opening and closing animations.