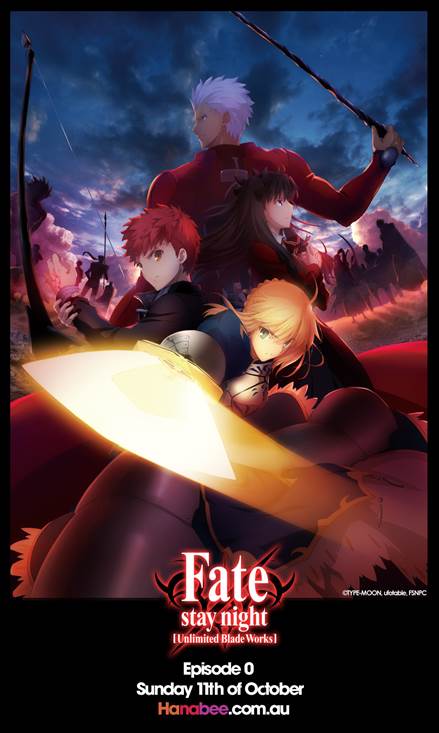 During their live stream earlier this evening, the team at Hanabee Entertainment confirmed their acquisition of anime series Fate/stay night: Unlimited Blade Works.

Dubbed by the company as “possibly the best anime series of 2014”, the series will make its way to the Hanabee video-on-demand service from October 12th 2014, starting with Episode Zero “Prologue”. This won’t be an exact simulcast, with the series first airing in Japan on October 5th, but new episodes will be added weekly. A DVD and Blu-ray release is already planned to follow on in late-2015.