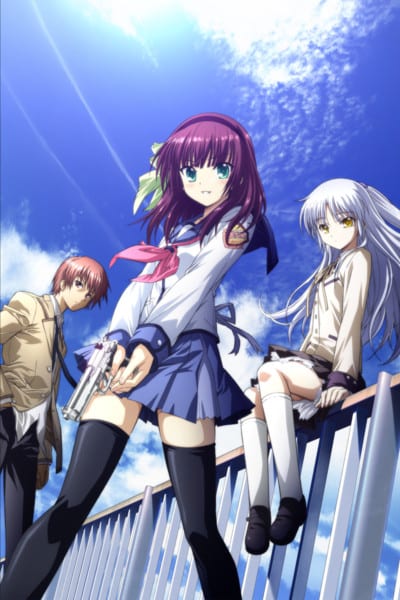 A few weeks back, Siren Visual announced that they would begin streaming The Devil is a Part-Timer! via Madman Entertainment’s AnimeLab service, despite the duo being long-time competitors in the Australian anime market.

This was not a once-off decision, with both publishers today confirming that all 14 episodes of Angel Beats! are now streaming via AnimeLab. This follows the 2011 release of Angel Beats! on DVD and Blu-ray by Siren Visual. My review of the series can be found HERE.

Check it out HERE.

Otonashi Yuzuru has one memory: he died. He’s stuck in a high school of the afterlife, his own surreal purgaroey with two choices: give up his connection to life and submit to his fate… or fight against God! If he choses the latter option, the Shinda Sekai Sensen (SSS) is here to help – they’re here to see that your untimely death is avenged. One problem though: Angel, the president of the student council. Throw in an all-girl rock band called Girl’s Dead Monster, buckets of blacker than black comedy, more weapons than you can handle and you’re only half-way to heaven… but you’ve still gotta get through hell.