Out This Month from Madman Entertainment [September 2014 Edition]

With less than a week to go now until Madman Entertainment launch their September 2014 anime slate to retail outlets across Australia, take a look at the list below to decide while you might like to add to your collection! All titles in this list are set to be available from September 17th 2014, with many DVD’s and Blu-ray’s often making their way to retailers in advance. 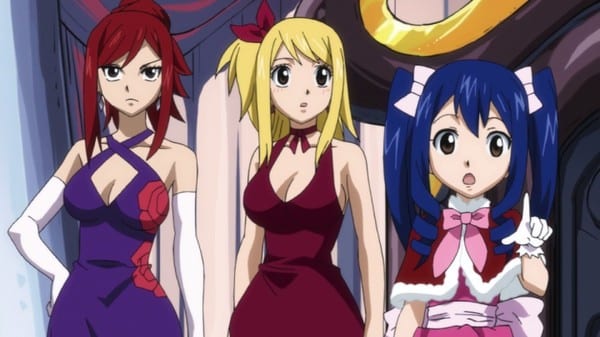 The day of reckoning upon them, Goku and the Z-Fighters line up to participate in Cell’s twisted game, the world’s best hope of defeating the monster. But they are not the only ones brave enough to accept the challenge – the reigning World Martial Arts Champion, Mr. Satan, has also stepped into the ring! Now, with the fate of the human race hanging in the balance, one of these valiant fighters must come forward to defeat the seemingly invincible Perfect Cell – but who will it be?

When a mighty dragon attacks, Fairy Tail’s most powerful members go missing for seven years. Once they finally return, they find that much about the Fiore Kingdom – and their guildmates – has changed. With the guild’s headquarters and reputation in shambles, it’s up to Natsu and the others to get Fairy Tail back to its former glory by accepting any jobs that come their way – like being dancing guards at a fancy magic ball and taking on the infamous Butt Jiggle Gang.

Meanwhile, a mysterious girl appears with a strange item from Lucy’s father – a relic that a secret order of wizards will stop at nothing to obtain. Will this artifact ultimately prove to be Fairy Tail’s undoing?

In the Kingdom of Fiore, powerful wizards make their living by joining magical guilds and contracting out their services to become “wizards for hire.” Harnessing the forces of Dragon Fire, Ice, Weaponry, and the Zodiac, four young wizards of the infamous guild Fairy Tail team up to seek their fortunes.

Growing stronger with every mission, they travel the countryside helping people and battling rival guilds, but with personalities as different as their magic skills, this team may end up doing more damage than good. 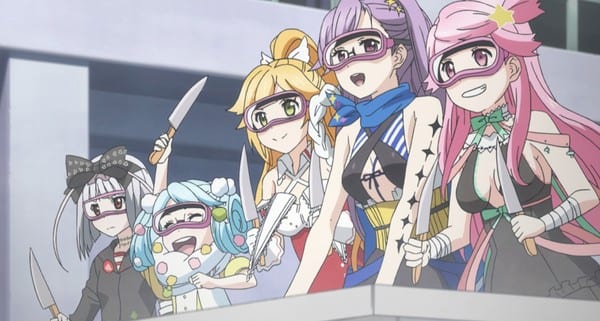 No one ever knows what life has waiting in the cards for them, but for Uzume Uno, the surprises aren’t just in the cards but also in what comes out of them! Through a strange quirk of fate, this typical junior high school student finds herself in possession of a mysterious deck of cards from which five magical girls known as the Fantasista Dolls materialize! By playing the cards in different combinations, Uzume can equip the “Sistas” with an amazing variety of costumes and weapons. That’s going to come in extremely handy, as a new danger that only the Dolls can stop is coming to threaten the Earth!

Will Uzume be able to deal with both the Dolls’ odd demands and the fate of mankind resting on her shoulders? Or are the odds hopelessly stacked against her? With the future of everyone she knows and loves riding on her, Uzume’s going to have to learn how to play the hand she’s been dealt pretty quickly, because while she may know when to hold them, folding them isn’t going to be an option with the world at stake!

They said it couldn’t happen, but they were as wrong as a stack of pancakes in a cage full of bears! The adorable boys of Hetalia are back with some new friends and a super sparkly new look.

What’s more fun than Germany squatting in a dandelion patch? How about the Axis Boys joining the witchcraft club? Or maybe Russia suffering through a traumatic hamster flashback? Any way you slice the spaghetti, every cute boy enjoys a little quality bath time, and Turkey and Greece can’t wait to start splishing and splashing! Belgium throws a mouthwatering waffle party, and America shows off his sweet dance moves! And when Santa Claus goes missing, Canada (who’s that?) tries to replace him with a polar bear! A POLAR BEAR!?

When humans came down from the sky they brought with them the Testament, the guide to the path they must follow if they wish to return to the skies again. In a world where only the islands of Japan are inhabitable, the nations of the world vie for power and protect the portions of Japan that they have claimed. But the Testament ends abruptly – can Tori and the students aboard the Musashi affect the course of destiny? 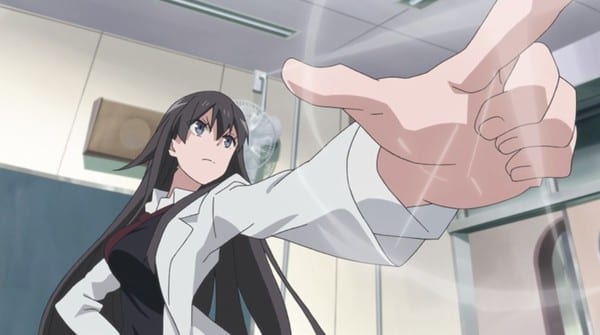 When the loner Hachiman Hikigaya is coerced into joining the “Services Club” run by the smart, attractive, and stuck up Yukino Yukinoshita, it’s a recipe for disaster! But we haven’t yet added the third caustic ingredient! Bright and cheery Yui Yuigahama needs the Service Club’s help to bake cookies. It could be a recipe for romance. It could just as easily end in a nuclear meltdown! Get ready for romantic comedy gone totally wrong as the barrage à trois of the Service Club is unleashed!

Kiri Haimura loves cutting hair. Actually, he doesn’t just love cutting hair, he obsesses over it and even has a special set of scissors he delights in using. But when his mane obsession for a bit of trim draws him to Iwai Mushanokoji, whose long hair has never been cut, he finds himself entangled in a situation no shears can hack him out of. You see, Iwai is heir to a strange curse that makes her hair impossible to cut. Or at least, it was until Kiri’s clippers take off a lock, thereby revealing that his scissors are cursed as well!

But now that she’s shorn free, Iwai has a slew of “murderers” after her, each armed with their own cursed implements and eager for the chance to kill the “Hair Queen.” And if that’s not enough to make Kiri wig out, it seems that many of them actually attend his own school! Will this evil crew cut in on Kiri’s Hair Queen, or will he snip their ambitions in the bud?