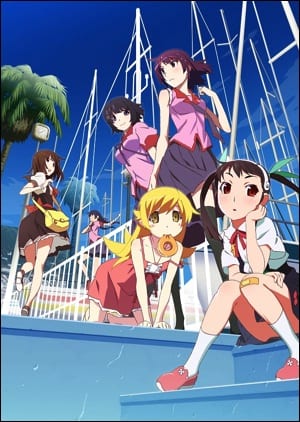 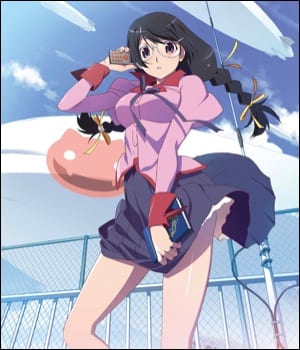 Over the weekend, North American anime publisher Aniplex of America announced that, following successful releases of Bakemonogatari and Nisemonogatari in their covered regions, that they have started work on limited edition releases in the next two instalments of the popular media franchise – Nekomonogatari Black and Monogatari Series Second Season.

During their panel at Katsucon in National Harbor, Maryland, the publisher confirmed that these series will be released as limited edition blu-ray installments on the 22nd April 2014 and 24th June 2014 respectively. “Second Season” will be released over several sets, the first containing the complementing arc Nekomonogatari White.

These anime series both feature animation by SHAFT and is based on the original light novel works of NisiOisiN. Nekomonogatari Black is a prequel to the storyline featured in Bakemonogatari while Monogatari Series Second Season featured the events of Bakemonogatari as depicted through the viewpoint of the women that Koyomi Araragi helped, expanding the details of each arc present in the original season available on DVD and Blu-ray internationally.

Pre-orders for both sets are now available via Rightstuf and other selected retailers. White both will be slightly more expensive than your ordinary anime purchase of its runtime (Approx: Two hours each), each will come with a number of physical and on-disc bonuses you might not see in future standard edition releases.

The story is about an incident that happened before “BAKEMONOGATARI”….

On his way to the bookstore, Koyomi Araragi encounters Tsubasa Hanekawa whose face is covered with a bandage. The incident allows Koyomi to learn what has been happening in the Hanekawa household, but Tsubasa begs him not to tell anyone about it, saying she’ll do anything to keep him quiet.

Without revealing her family’s circumstances, Koyomi tells of the day’s incident – he and Tsubasa buried a “cat” that had been hit by a car- to Meme Oshino. Meme tells Koyomi that he must immediately go to confirm Hanekawa’s safety. He heads to her house, only to find…

So begins the nightmarish nine days of Golden Week…

At the end of summer vacation, upon the morning of the opening ceremony for the second semester, Tsubasa Hanekawa encounters an enormous tiger on the way to school. “White. So white… So purely, blandly white…”

Proclaiming Tsubasa as such, the white-furred tiger strides past her and vanishes. After this happens, Tsubasa’s house is destroyed in a fire. But this is just the beginning of a series of unfortunate incidents for her and the people around her. Koyomi Araragi decides to save her with help from the former “Kiss-Shot,” a legendary vampire.