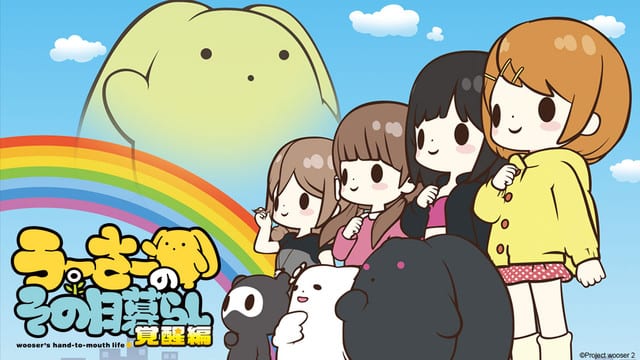 Following what seems to be their dedication to compile as many anime series as possible on their one service just hours after airing in Japan, CrunchyRoll have confirmed their acquisition of the streaming rights to Wooser’s Hand-to-Mouth Life: Awakening Arc which is set to be available from 11AM Pacific Time on the 7th January 2014. Aside from Japan, this stream will be available around the world with no region restrictions.

The sequel to the original Wooser’s Hand-to-Mouth Life, season 2 of the foul-mouthed-but-cute Wooser is here! Wooser is back in an all-new collection of shorts with more of his dark, slapstick humor. Animated by Sanzigen Animation Studio, known mostly for their 3D animation style of titles such as Arpeggio of Blue Steel and the Black Rock Shooter TV series, with director Kenji Setou to helm the series this season.