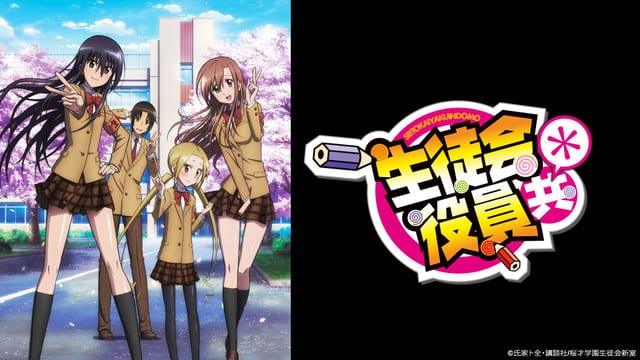 As we are now into 2014, it is time to expect a majority of the next anime series to begin airing in Japan over the next week or two. Online streaming service Crunchyroll have confirmed that they will be simulcasting Seitokai Yakuindomo‘s second season from the 4th January 2014 at 10AM Pacific time for their Premium Members. Free users will be able to enjoy episodes one week after their originally release on the service.

Our story here circulates around the Osai Academy, formerly an all-girls private high school which has recently been integrated for both genders.  Our protagonist, Takatoshi Tsuda is pushed into becoming the vice-president of the student council, where he is the lone male member surrounded by 3 beautiful girls.