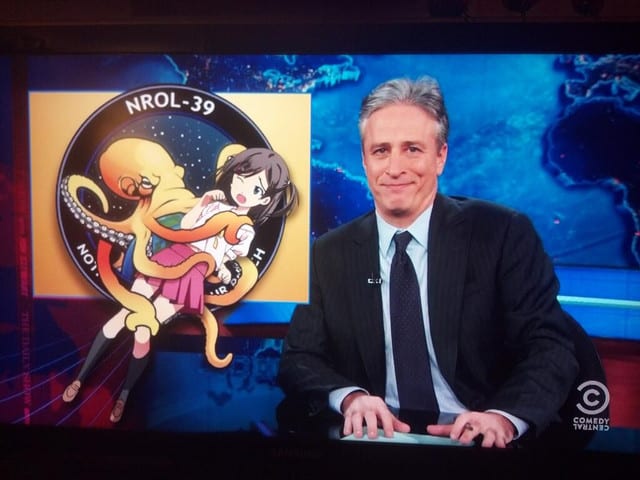 Due to region blocks placed on The Daily Show website, I have not actually had the chance to watch the episode yet. But this is reportedly in response to the National Reconnaissance Office launching the NROL satellite – which featured an insignia of an Octopus embracing the planet with the motto “Nothing is Beyond Our Reach”.

While I am sure some weren’t expecting an anime reference to appear so soon on this matter… or on national television for that matter…. I must say kudos to The Daily Show production team for doing this.

Edit: A clip of the segment has been released online.