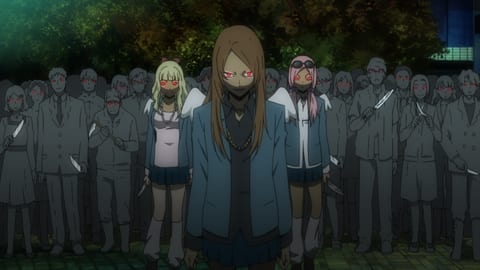 It has been a couple of years since Australian anime publisher Siren Visual first released DuRaRaRa!! on DVD, and it was enjoyable enough that it earn’t third place in my Australian Anime Release of the Year 2011 (Losing only to their own Dennou Coil and Madman Entertainment’s Eden of the East).

The anime series is finally getting its chance to shine in high definition with two half-season blu-ray releases, the first of which hit store shelves across Australia last week. Siren Visual have today confirmed that the second collection containing the remaining episodes will be available for purchase from the 19th February 2014 at a price of $59.95, and is now available for pre-order via their official website. 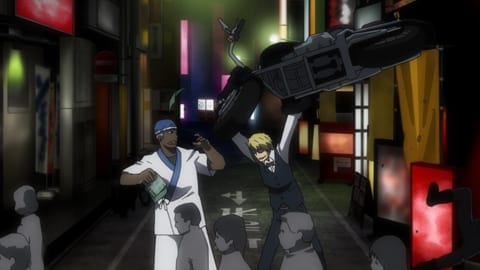 At the invitation of his childhood friend Masaomi, Ryuugamine Mikado transfers from his home in the country to a school in the city of Ikebukuro. Masaomi has warned him about people he doesn’t want to cross in the city: a champion fighter, an informant, a pharmaceutical company who is commissioning the abduction of women off the street, and a mysterious gang called “Dollars”.

Nervous in the labyrinth of Ikebukuro, Mikado witnesses an urban legend on his first day in the city – CELTY STURLINSON: a headless, black-clad motorcyclist who rides the streets with no headlights searching for its stolen head. From then on, the existence of the supernatural and a gang called the Yellow Scarves will rise to the surface…Ikebukuro will be pushed to breaking point!

Durarara!! moves in every direction – characters cross paths throughout each episode and drift in and out of the story creating a complex, non-linear plot that is thick with twists psychological depth.