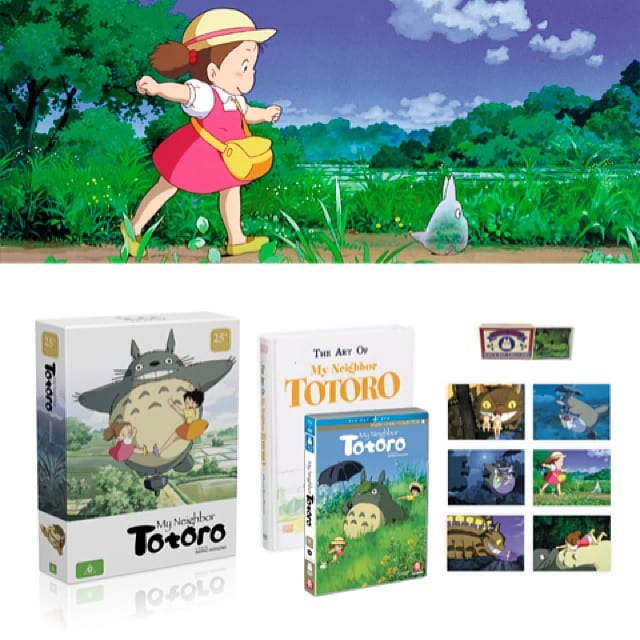 Originally screened in Japan as a double-feature alongside Grave of the Fireflies, a decision I can only put down to someone wanting to mentally break down somebody then build them up again – My Neighbor Totoro has turned into one of the most renown Studio Ghibli films and for all the right reasons.

To celebrate its 25th Anniversary, Madman Entertainment recently confirmed they would be releasing a special edition collection of the anime series this December. Above is the first preview look that we get of its contents, which at $69.95 may appeal to long-time fans with the following goodies:

In addition to all the following standard on-disc content: