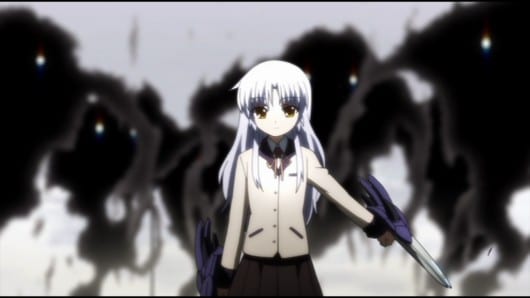 While just what we can expect from the title is yet to be formally confirmed, the latest issue of Dengeki G’s Magazine notes that a video game and/or visual novel adaptation of the 2010 anime series Angel Beats! has been green lit for development. While it has never seen a release as a visual novel before, the series featured a number of members of from the studio KEY (Little Busters!, Kanon, Clannad) take part including the original concept / writing by Jun Maeda and character designs by Na-Ga.

Angel Beats! follows Otonashi Yuzuru, who suffering from amnesia wakes up in the middle of an afterlife high school and led to join a group rebelling against Angel and in turn… “God” himself. He is joined by leader of the Shinda Sekai Sensen (SSS) Yuri, its members and later members as he searches for his memories and the reason why he passed away in the first place.