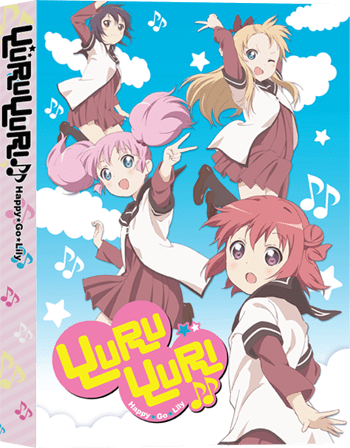 Almost straight out of their release of YuruYuri Season 1, Nippon Ichi Software America have committed themselves to the release of the series’ second season. This season continues the focus on Akari, Kyoko, Yui and Chinatsu as the four sole members of the middle school Amusement club. Now teamed up with the student council, they continue tackling the extremely “important” issues that present themselves in middle school.

YuruYuri Season 2 will initially be released as a premium edition and will come with all the usual goodies – a hardcover slipcase and artbook as well as all the episodes covered over two blu-ray discs. It is slated for release in North America on the 7th January 2014.

With the Amusement club no longer in danger of being broken up by the student council, its members, Akari Akaza, Kyoko Toshino, Yui Funami, and Chinatsu Yoshikawa, can finally focus on amusing themselves. More or less allied with each other, the members of both organizations embark on wacky antics together! Plus, we finally meet the siblings of all these girls as they make the most of their days in middle school!