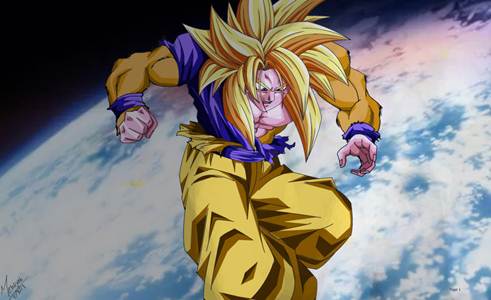 Australian anime publisher Madman Entertainment have this afternoon announced their acquisition of the latest feature film in the Dragon Ball Z anime franchise – Dragon Ball Z: Battle of the Gods.

Battle of the Gods is the first DBZ film to receive a Japanese theatrical release in the last 17, and with the original manga creator, Akira Toriyama heavily involved. This is the first film in the series to be an official part of the original Dragon Ball manga storyline.

When Birus, The God of Destruction awakes from a long slumber, he learns of the defeat of the galactic overlord Freeza by the hands of Son Goku. Seeking an opponent worthy of his power, Birus, along with his companion Uis, travels to the North Quadrant of the universe to challenge Goku to a battle.

So when will Aussies get to see the film? It has been confirmed that Dragon Ball Z: Battle of the Gods will premiere at the 17th Japanese Film Festival touring Australia between October and December 2013. It will also receive a release in select Australian cinemas across 2014.