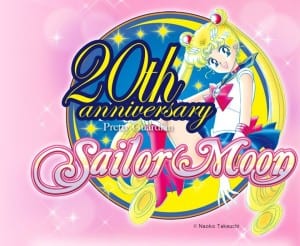 The second 20th Anniversary Event for Sailor Moon was held yesterday, and during the event a big announcement was made…. an approximate release date for the much anticipated new Sailor Moon anime series which was delayed in the past.

Female idol group Momoiro Clover Z took to the stage to confirm that the anime series will begin this coming Winter (or Summer in the Southern Hemisphere) and will be simulcast worldwide so no fan need miss out. The group also confirmed that they will be performing both opening and ending sequences for the series.

Fumio Osano (The Sailor Moon manga editor from Kodansha) was also in attendance at the event and indicated that this series would not simply be a remake of the earlier anime series. The voice cast could also not be confirmed, although given the impending release expect that to change over the coming months.