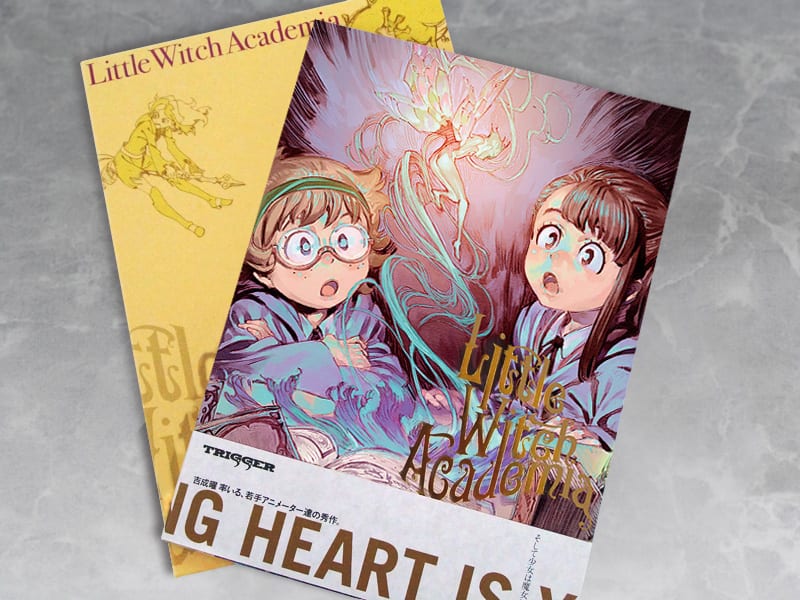 The recently formed anime and video game publisher Acttil have confirmed that their very first preorder campaign as a company is now underway. Their first ever announced project was for the international distribution of Studio TRIGGER’s film Little Witch Academia which is to be available as a Collector’s Edition beginning next month. This follows on from strong reception for the film which is available for free online, and a Kickstarter crowdfunding campaign for a sequel which saw the studio walk away with over $625,000.

The Collector’s Edition is set to include the 26 minute episode on blu-ray, with a Japanese dub and subtitles in English, French, German, Italian, Spanish and Chinese. The release is also set to include a 66 minute making-of video and a 112-page artbook containing storyboards, sketches, character art and other illustrations.

Akko Kagari is an ordinary girl who joins the renowned witch academy for witch girls, Luna Nova Academy. When she was younger, she went to Magical Festa, a magic show hosted by a witch named Shiny Chariot. Akko was so mesmerized and inspired by Shiny Chariot’s performance that she dreamed to someday be a “cool” witch like her. This young and impressionable Akko takes Shiny Chariot’s words as her own motto: “Never forget, a believing heart is your magic.“

As part of a class, Akko and her classmates go into a labyrinth under the Tower of Luna Nova. There, a sealed ancient dragon was unleashed by one of her classmates. Akko tries to stop the dragon, but…