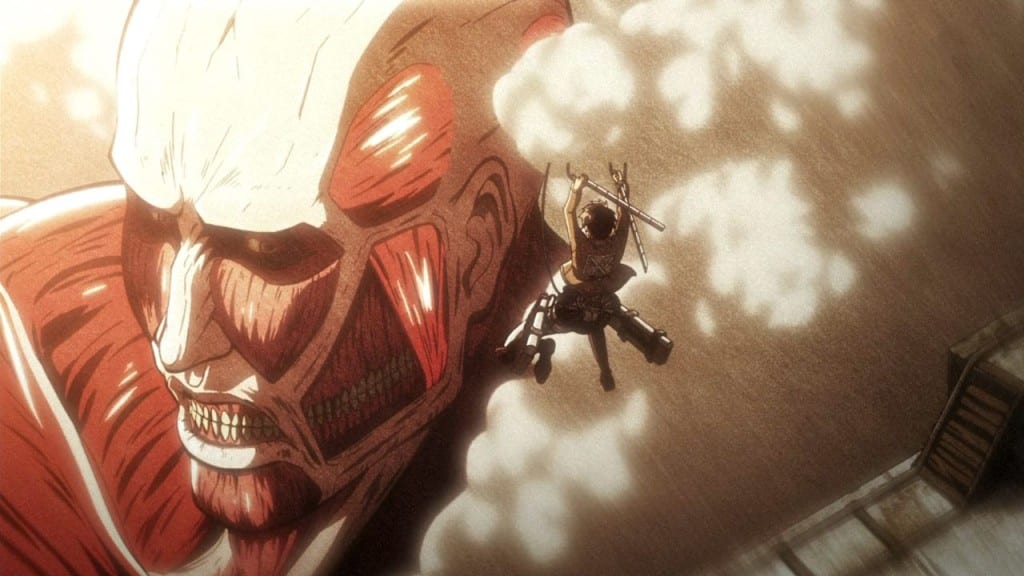 During their panel at this weekeends AVCon 2013, Madman Entertainment announced their acquisition of the anime series Attack on Titan – which is known for its opening sequence that has been reimagined in different formats many times since launch as well as what seems to be strong performance in other areas such as storyline and visuals. While no home video release plans have been confirmed yet, the series is soon to hit the Madman Screening Room with more details to follow in the coming days and weeks.

Also on the companies acquisition slate is the newly re-dubbed and re-mastered release of Grave of the Fireflies (Hotaru no Haka) on DVD / Blu-ray which I hope to finish one of these days without having a mental breakdown and Code Breaker which is also planned to have an online stream beginning soon.