Following on from the announcement at Anime Expo 2013 that a second episode of the Little Witch Academia would undergo a Kickstarter campaign by Studio Trigger, it has since launched and reached its $150,000 campaign target within mere hours of launch, with $221,292 contributed as of this post. This means that while they initially had the funds to produce a 20 minute episode, it will now be expanded to add an additional 15 minutes of running time with subtitles in seven different languages.

Interestingly enough, quite a few of the higher tier rewards have already gone including the three $10,000 tier and ten $2,000 tier rewards. Unfortunately it will take a while for the episode to release, with a currently slated launch window of March 2015. They claim they intend on spending half a year on scenario and then work on the storyboard / settings during the upcoming Spring with production to finish by Winter 2014. But if it is anything like the first episode it will be more than worth the wait. 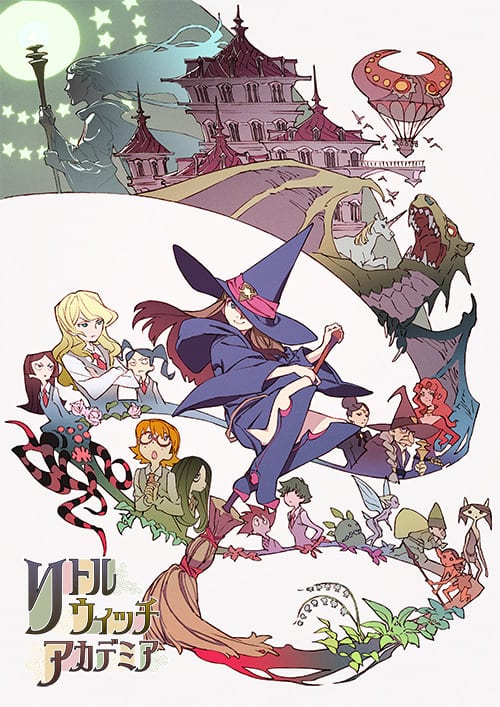 The staff of this project are as follows:

As a young girl, Akko was fascinated and mesmerized by Shiny Chariot’s magic show. Determined to become a witch just like Shiny Chariot, Akko enrolls in the prestigious witch academy, Luna Nova. Contrary to her expectations, the classes are unexpectedly boring. Akko struggles to keep herself in high hopes and spirits, but the reaction from her peers remain indifferent. In the previous episode, Akko became the school’s hero by slaying the dragon that appeared from the underground dungeon, but her fame is short-lived. The new episode will be a sequel with new characters to the previous episode.