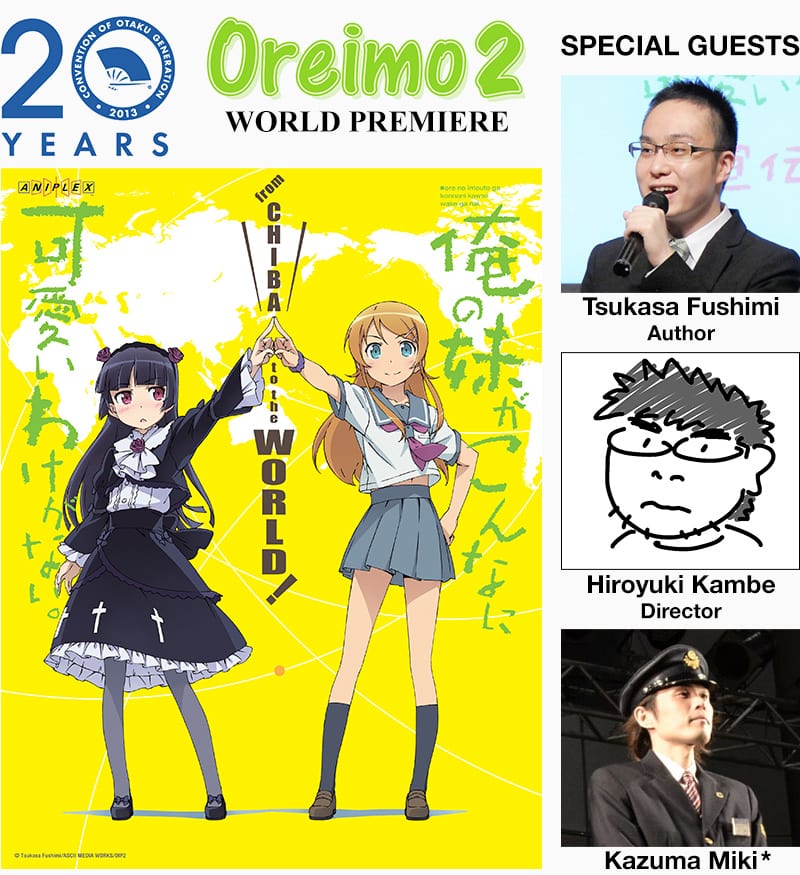 It seems like world premieres of anime and anime films outside of Japan seems to be slowly increasing in number as the year progresses, this time with Aniplex of America announcing their plans to air the final three epeiosdes of Oreimo 2 at a worldwide debut at Otakon on the 9th August 2013 (At 3PM). Otakon will be the first to screen the OVA episodes 14 through the final episode 16 before its initial airing in Japan.

Oreimo Author Tsukasa Fushimi, Director Hiroyuki Kambe and Editor Kazuma Miki (ASCII MEDIA WORKS Inc.) will be in attendance as special guests at the world premiere. In addition, there will be a talk session immediately following the Oreimo 2 OVA screening and an autograph session hosted by Otakon.

For those who can’t attend the premiere event at Otakon can still watch the Oreimo 2 OVAs on Crunchyroll starting August 17th. Crunchyroll will host a limited screening event between the 17th August and 31st August 2013. Crunchyroll Premium users will be able to view all 3 OVAs immediately while free users are able to view it one-week after immediate Crunchyroll broadcast. In addition, from the 17th July to 31st August, both the regular season of Oreimo 2 and its corresponding OVAs upon its August 17th broadcast on Crunchyroll, will be available to world-wide audiences except for those in: Japan, Korea, China, Taiwan, Thailand, Singapore, France, Switzerland, Belgium, Algeria, Monaco, and Tunisia.

Hideki Goto | President of Animation Business at Aniplex of America

We are very excited to host the world premiere of the Oreimo 2 final episodes at Otakon. We would like to thank Otakon for this opportunity to watch the finale of Oreimo 2