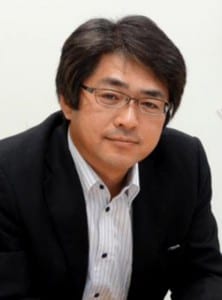 During their 349th Prinny Bomb Newsletter, NIS America confirmed one of their guests who will be in attendance during next months Anime Expo, held at the Los Angeles Convention Center between the 4th and 7th of July 2013.

Following on from their announcement of Hanasaku Iroha’s second volume entering its pre-order phase, the company have confirmed that Nobuhiro Kikuchi will be the newest Guest of Honor at the event. Mr. Kikuchi is currently Producer and Coordinator of the animation studio P.A. Works and has been a driving force behind many interesting anime series such as Angel Beats!, Hanasaku Iroha ~ Blossoms for Tomorrow~ and true tears – all three of which are available in North America at the very least.

For the official announcement, check out the Anime Expo 2013 official website.