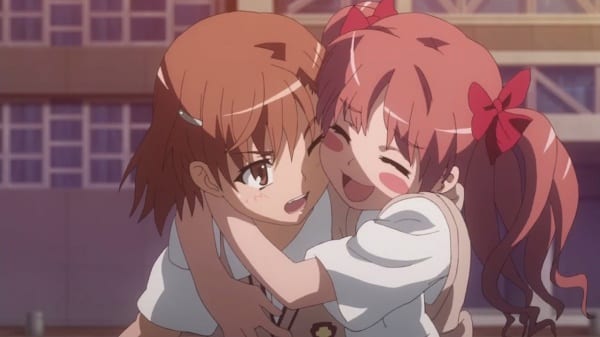 Depending on your local retailers, the first ever release slate from Universal Sony Pictures Home Entertainment Australia has or is about to be released. Housed in “book-style” slipcases, their first releases included titles such as A Certain Scientific Index and Shakugan no Shana Seasons 1 and 2. You may be wondering what is in store next for the company….

It seems like the company are not aiming at monthly releases like other anime publishers servicing the region, but are set to do chunks of releases every couple of months – with their second set of titles due for release on the 25th July 2013. After more details on these titles… read on below:

Serial Experiments Lain: The Complete Collection (DVD/Blu-ray)
Lain Iwakura appears to be an ordinary girl, with almost no experience with computers. Yet the sudden suicide of a schoolmate, and a number of strange occurrences, conspire to pull Lain into the world of the Wired, where she gradually learns that nothing is what it seems to be… not even Lain herself.

Haibane Renmei (DVD)
The Haibane, who look like angels with halos and small wings, share a walled town with humans. Both groups are forbidden to leave. Rakka awakens from a  dream when she emerges from a huge cocoon as Haibane. She was apparently human once, but can only remember fragments of that existence. She quickly settles into Old Home, a former dormitory where the Haibane live when they’re not working. With the help of some fellow Haibane, Rakka learns about the enclosed world in a succession of brief vignettes. Unfortunately, life at Old Home is about as exciting as a visit to Ozzie and Harriet.

Texhnolyze (DVD)
Ichise grief only allows him to enjoy the pain of the fighting pits in the underground city of Lukuss. However, when a gang punishes Ichise by cutting his arm and leg off, his will to live overcomes the odds and attracts the attention of the ruling Organo syndicate that controls the cybernetic Texhnolyze technology that they usually reserve for the elite. Meanwhile, an outsider has come down to the city and, along with a young psychic girl, the dominos are beginning to fall in the seething unrest of the city as their paths slowly intertwine with Ichise.

Shakugan no Shana S OVA (DVD/Blu-ray)
The iconic series about the spark between a hot-blooded huntress and a teenage boy as they maintain the balance between the ordinary world and the supernatural. Follow Shana the Flame Haze in this collection of special missions sure to fuel your passion for paranormal action. Find out what happens when Yuji accidentally triggers a found Treasure Tool while it’s pointed at Shana. Finally, in a two-part special, Shana tracks a Denizen’s trail by sorting through a Torch’s memories for clues.

A Certain Scientific Railgun Season 1 Part 1 (DVD)
A Certain Scientific Railgun Season 1 Part 2 (DVD)
A big city located in western Tokyo with a population of 2.3 million is called “Academy City” due to 80% of its residents being students. It has been implementing the “Brain Power Program”. The students who have developed powers after special training are evaluated by a system scan into six levels from 0 (no powers) to 5 (supernatural powers). There are seven people ranked “Psychics (Level 5)”, the highest ranking for the brainpower users. This is a story about the daily lives of young girls who have unusual powers.

Expect to hear more on these titles in the coming months – and check out some of my reviews for their first releases HERE, HERE and HERE.