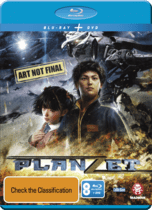 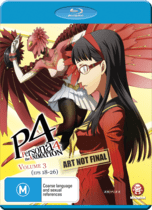 Sadly there has been some less than positive news released by Australian anime publisher Madman Entertainment today. First off the rank, the company have confirmed that due to technical difficulties and other issues beyond their control, they will no longer be releasing PLANZET on Blu-ray as they had originally intended. Instead, they are only releasing the DVD edition in June 2013.

Of more frustration to Persona 4: The Animation fans, for which the first third of the series was released in January 2013 – the company have had to implement another one month delay for the series on both DVD and Blu-ray, with the concluding volumes of this series now scheduled for release in August 2013. Some good news however, as the company have confirmed they will be bringing a Limited Collector’s Box of both Collection 2 on DVD and Volume 3 on Blu-ray.