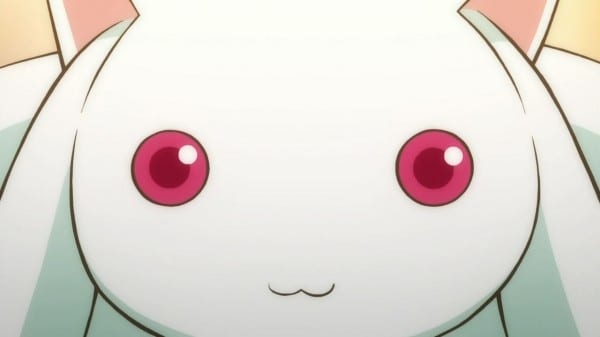 Madman Entertainment have confirmed through their official Facebook page that the company will begin screening the anime series Puella Magi Madoka Magica on the Australian Free-to-Air channel ABC3 from the 6th January 2013 at 8:15, with new episodes assumingly going to air each week at 8:15 each subsequent Sunday.

Puella Magi Madoka Magica was released by the company this year in Australia in three installments, all three of which received high scores in reviews that can be read HERE, HERE and HERE. Unlike other series which currently is/has recently been aired on ABC3, there is no word on if Madman will come up with a Yokoso Anime Edition for this show (If it is possible considering the only releases are in three installments)

After having a strange dream, Madoka Kaname is surprised to find the girl from her dream, Homura Akemi, enrol into her school the next day. Seemingly knowing her already, Homura warns Madoka to stay the way she is, lest she risk losing everything. Later that day, when Madoka goes shopping with her friend, Sayaka Miki, Madoka hears a strange voice, leading her to a backroom area.

There, she encounters a strange creature named Kyubey being attacked by Homura, who is revealed to be a magical girl. As Homura demands Madoka stay away from Kyubey, Sayaka arrives and escapes with Madoka, only for them to be caught in a mystical barrier and approached by strange monsters.