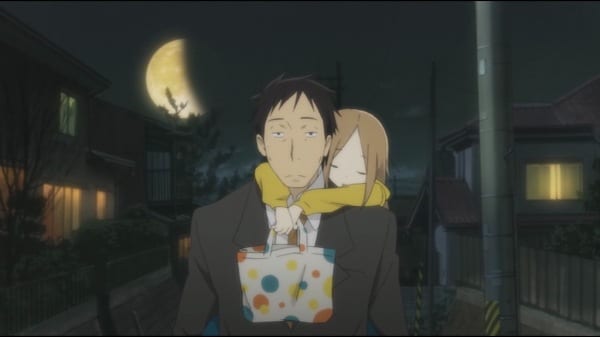 While thanks to Siren Visual, those of us in Australia have been fortunate enough to have an English release of Usagi Drop on shelves since February…. this has remained an English localized release to this point. It turns out that folks in North America will be the second folks outside of Japan to recieve an English release of this anime with Nippon Ichi Software America, a distributor of localized anime and games announcing during its panel at Anime Central that they had acquired the North American distribution rights to this series.

This will be released in their normal Premium Edition packaging including hardcover artbook and storage box, along with both DVD and Blu-ray copies of the entire 11-episode series. This release will be a bit more pricer given the added content at $69.99 USD. Release is slated for the 7th August 2012.

On The Otaku’s Study, my review of the show got away with an S Grade (Top grade on the site) and earned the title of my Top Japanese Anime Release of 2011.

Daikichi, a 30-year-old bachelor, meets the 6-year-old girl Rin at his grandfather Souichi’s funeral. It is there that Daikichi and his family learn that Rin is Souichi’s direct descendant. When the topic of who would care for her comes up, the family shirks all responsibility of raising this “shameful” child. Reacting emotionally, Daikichi declares his intention to take Rin into his home. This is the story of two very different individuals coming together under one roof and learning what it means to be a family, an experience that teaches Daikichi what it means to be a parent.