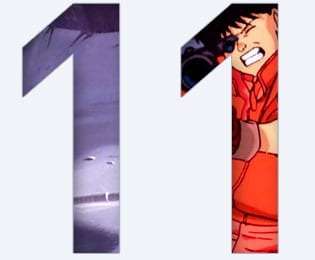 Over the last month or so, Madman Entertainment have been asking their fans to vote for their favourite anime releases from the company (Along with other releases which due to their diversity, most likely won’t make it into this top 20) and giving away on-the-spot prizes to those who provided interesting vote justifications. The intention of this is to generate what fans would consider the companies Top 20 series releases.

Barely missing a spot in the Top 10 titles is Akira, a series released all the way back in 1988 and to be honest… one I have heard of before but never gotten around to watching. Despite this, Madman Entertainment currently has a Blu-ray release which they released in 2009 alongside the DVD special edition they released in 2001 currently in stock.

This is what Madman Entertainment had to say on the title:

An incredibly powerful film on all counts, AKIRA is a tour de force. A marker not just for the modern era of anime, it is influential on all science fiction. A post-apocalyptic story that hints of a dazzling future also marred by dread, it is rooted in the reality of the Japanese consciousness as a nation rebuilding after war. AKIRA is also highly relatable for western viewers, with the conflicted quest of Kaneda to rescue his friend Tetsuo from himself as gutwrenching as it is epic, exciting and filled with mayhem.

The production values still impress over 20 years later, with incredibly detailed and vibrant animation using more colour than ever in an animated film and the exhilaration of the soundtrack with earth shattering drums and spooky vocal choruses. But more than that, just like the psychic powers of the child-subjects in AKIRA, the concepts awakened all of us to something we’d never seen before.