The 5 Ways the Australian Anime Market Improved in 2011

While this website was originally known as Sam’s Anime Study all the way back in 2006, it was rebranded The Otaku’s Study in 2008 in order to cater to a more diverse range of otaku media including manga and gaming. Unfortunately somewhere in 2009 I seemed to drop the anime element greatly and only in 2011 returned to do news and reviews of anime – to a point you could call myself reborn an anime fan, in no small part thanks to Madman Entertainment and Siren Visual who have been great supporters of this site since January last year (Woo! 1 Year Anniversary!). As such, I would like to take a moment to define what I would consider the five greatest moments of the Australian anime market in 2011 which will help you see just how much I appreciate the growing market. A few years ago, we might have had to wait several months in order to receive a volume of an anime once it was released in North America, however now it seems like we are getting more and more simultaneous releases or releases within a period of a month or two. Both companies have performed diligently in order to ensure we will not have to wait too long for our anime fix of the latest series. 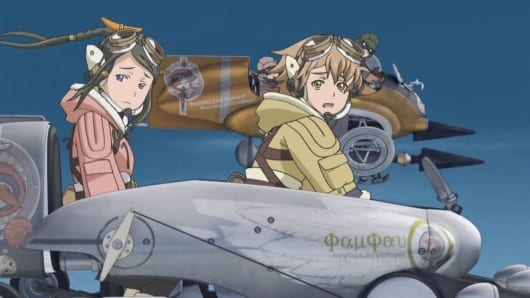 #4 – Madman Entertainment and Siren Visual Both Taking up Simulcasting

At the first Melbourne Supanova last year, Siren Visual announced that they would be doing simulcasts of select anime series starting a month or so after the announcement. While this actually resulted in what one person on the Madman Madboards titled “The Siren Wars” on the Siren Visual Facebook wall and is still available for reading HERE. While there were some initial fights and disagreements over if simulcasts were really worth the time when more DVD acquisitions could be made available, things seemed to ease up over the next few weeks and the weekly simulcast became routine. Madman Entertainment also dived into the action with their increasing lineup of simulcasts from beginning with LASTEXILE -FAM- to GOSICK to late-year startups such as Nichijou and GOSICK. Now us Aussies no longer have to wait long to get our anime hits. This year saw the release of a number of noitaminA titles from both Madman Entertainment and Siren Visual and for the most part recieved high scores from me (With the exception of The Tatami Galaxy which I unfortunately could not get into). Madman Entertainment came at us with a collection of Honey and Clover / Honey and Clover II and Eden of the East (Which won second place in my Australian Anime Release of the Year 2011)  while Siren Visual returned with an even more extensive set of releases including Welcome to Irabu’s Office, House of Five Leaves, The Tatami Galaxy, [C], Bunny Drop and UN-GO… not bad eh? The ball was really in Siren Visual’s court here, with them acquiring two series which are currently not available anywhere else in the world for either simulcast or DVD release. I refer to the January release of Welcome to Irabu’s Office and the more recent release of Dennou Coil (Winner of The Otaku’s Study Aussie Anime Release of the Year 2011). These were two brilliant series that I could highly recommend adding to your collection even if they may seem to appeal to only a niche anime market. This continues next year with the Australian exclusive release of Higurashi no Naku Koro ni Kai. #1 – The Number of Acquisitions Made in Total During the Year

The biggest improvement during the year would have been the increase in license acquisitions from both parties along with the fact they are keeping acquisitions more or less on par with North America. While I am personally still waiting for a number of my most wanted series to be acquired (Say… Wandering Son and Croisee in a Foreign Labyrinth), but both companies have pulled through for both last year while already ensuring a healthy selection to appeal to all tastes this year.

Got any other improvements you would like to share? I am always open to feedback in the comments box! As well, I would love to have mentioned the North American anime industry which while having some lows and some very big high points, I have not been able to enjoy the variety of releases from there as I have over here – but I look forward to bringing you news from all parts of the world in 2012!