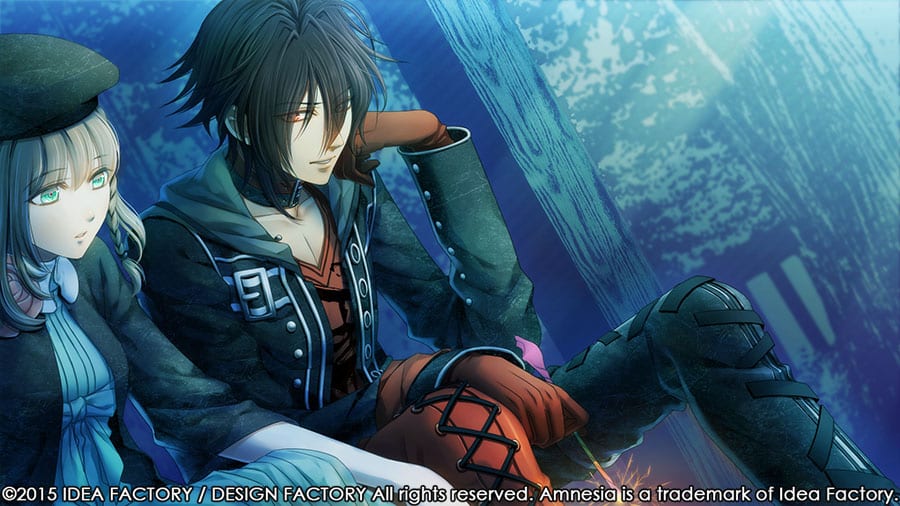 Idea Factory International have confirmed during their recent press event that they will be bringing the romantic visual novel Amnesia: Memories to international markets in August 2015. The visual novel will initially be available ONLY on the PlayStation Vita, however will be ported over to the PC at a later date.

This is a title which might not be unfamiliar to fans of romantic anime series, with its anime adaptation receiving an English dub/release by Sentai Filmworks. In this visual novel, your life depends on hiding your recent loss of memory while you navigate complex relationships with five men. Will you be able to piece together that which was forgotten and rewrite the lasting love story you deserve, or will your love story come to an end?

Both PlayStation Vita and PC editions will come with only the original Japanese dub, with the story itself delivered through English subtitles.

On the 1st of August, you awake as the Heroine, with previous memories of who you are somehow snatched away from you. In your confusion, a mysterious spirit named Orion appears to help you regain your memories. You’ll explore your own world as a complete stranger, trying to understand what was once familiar all while hiding your condition from the five men close to you. Because, as Orion warns, you may jeopardize any chance of recovering your memories if anyone finds out. It’s now up to you recover the past to rewrite your future love story!