A few months ago, it was announced by visual novel localizer/publisher MangaGamer that they are working with Japanese development studio Minori to bring eden* to international audiences. However the true purpose of eden* is not just to deliver another promising visual novel to Western fans, but to also jump-start development and localization for Minori’s most recent title: Supipara. A goal of $100,000 is needed to make this happen, with purchases of eden* contributing to this total.

Some people who have been following Minori might recall that Supipara was a grand project for the studio which sought to extend it over several chapters. Unfortunately it failed in the Japanese market and was discontinued. Claiming that this is a time for Western Visual Novel fans to “prove to Japan that there is a strong market for Visual Novels here in the West” and have a “chance to revolutionize the industry”, MangaGamer have said that if Eden* and Supipara: Chapter 1 are successful, it will help fuel further development of Supipara. Strong sales will allow additional chapters to be developed, which will be published first in western markets (More information can be found HERE). 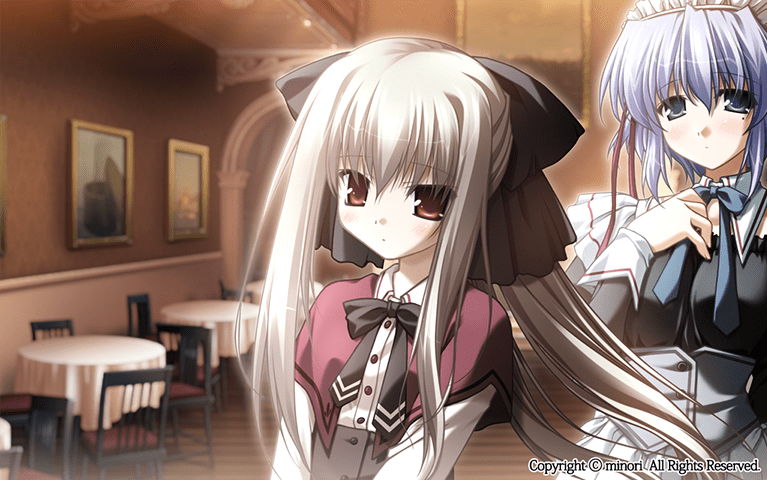 With Space Pirate Sara [18+ Link] now out of the way, MangaGamer have set their sights towards Eden*. Starting today, MangaGamer are now accepting pre-orders for both their all-ages edition ‘eden*’ and 18+ edition ‘eden* PLUS MOSAIC”, which come at a price of $19.95 and $24.95 respectively.

During the pre-order campaign however, they are sweetening the deal by reducing the price of both editions by 50%. The pre-order campaign is set to conclude on January 30th 2015, at which time the visual novel will be available to download and enjoy. All orders will contribute to the fundraiser for Supipara’s localization, with everyone also set to receive a complementary Steam key once its available via the service.

Do note that as the title suggests, eden* PLUS MOSAIC will feature censorship of all “naughty bits” as you would tend to find in visual novels published within Japan. While mosaics are unusual in western visual novel releases, this was made at the request of Minori, with MangaGamer respecting their wishes. While there may be a reduced mosaics edition/patch in the future (Similar to ef), there are no plans to ever do a release without mosaics.

–The final love story on Earth.

In the distant future, a gigantic energy mass called the “star of destruction” suddenly appears near Mars. Its effects rain down onto the world causing abnormal weather and changes in the Earth’s tectonic plates. Conflicts break out all around the world as resources become scarce and populations have nowhere to go.

But this is only an omen of things to come.

Mankind plans to evacuate the planet in order to evade its destruction. Two projects are drafted to meet that end.

First is the establishment of Earth’s Unified Government to implement the project itself. Evacuating Earth becomes a top priority and a policy of sacrificing the few to save the many is put into place. Authoritarian rule controls the masses. Nations and organizations which obstruct the establishment are oppressed through military force. Every possible point of division, race, religion, food, and energy is pacified through the iron fist of the military.

Second is the “Felix Project” which will serve as the foundation for the evacuation of Earth.

Though only a scant 100 years remains, mankind will perish if it is unable to create the massive colony ships necessary to leave the planet and survive in the vacuum of space. They settle on producing superhumans capable of making the seemingly impossible project a reality–genetically altered beings designed to possess high intelligence, and perpetual youth and longevity: “Felixes.”

A lone female felix served as the central figure in the Earth Evacuation Project. She devoted her life to research for all of mankind. With her job now completed, she wishes to spend her remaining time quietly on Earth, now devoid of all humanity. A young man from the unified military is deployed to her side, his job is to protect her and to make sure she never gets away.

Their meeting sets the story in motion.

This is a tiny tale of a girl and a dying planet.