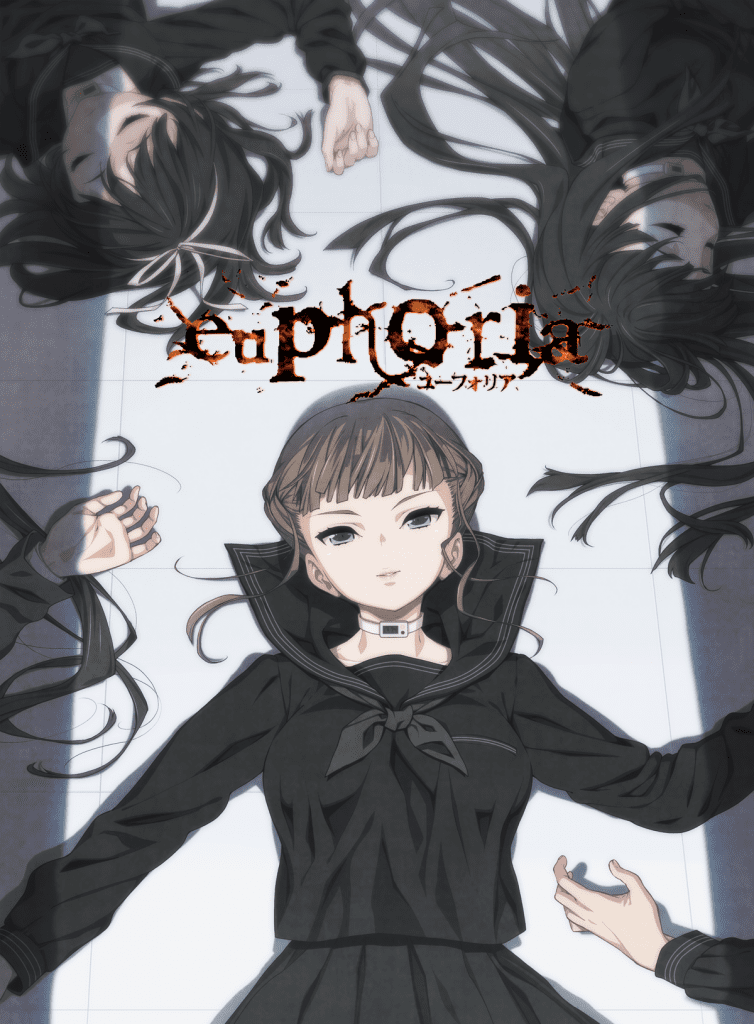 Continuing their Otakon 2014 industry panel, the MangaGamer team also announced their plans to distribute euphoria from Japanese developer CLOCK-UP in English. This release follows interest from visual novel fans about the potential of having this sexual psychological thriller localized.

MangaGamer will be releasing the HD Remastered version of the game, which features a 1024 x 768 resolution. The game will be completely uncensored as well, with no scenes being cut and no mosaics covering the naughty bits. The Japanese dub will also be retained.

Waking up in a stark white room, with nothing but your clothes and collar around your neck. The door beeps, opens, and you have seconds to decide whether to move on or not.

As you enter the new room, you six other girls–girls you know–and a computerized voice begins to explain the little ‘game’ you’re all about to be forced to play. When one girl refuses to comply, you all reawaken just in time to watch her be murdered before your eyes.

Withdrawal from the game will result in death,” the electronic voice states, coldly, mechanically, with no hint of emotion. Your only choice in order to survive is to choose from the girls presented before you–and violate them. Failure means death. Forfeit means death.

Fancy a peek at some of the CG artwork? I thought you might!