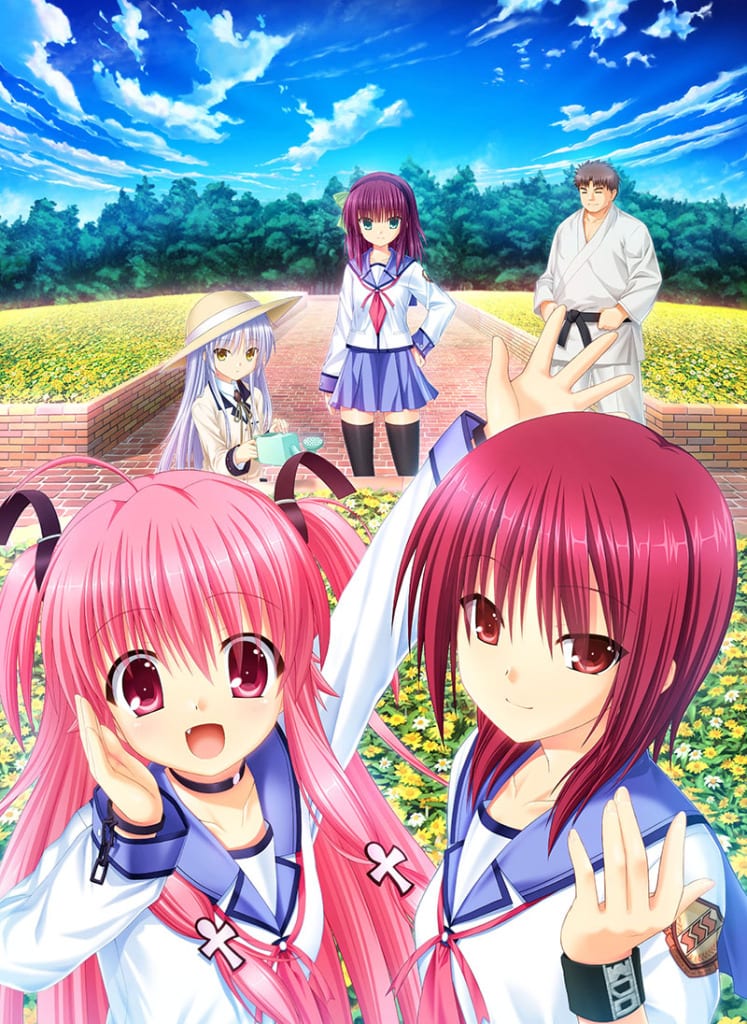 Most KEY titles get adapted into anime series many years after their respective visual novels have received high acclaim on the market. The opposite is the case with Angel Beats!, which gained a strong rapport with anime fans when it first aired in Japan during 2010, and has since been picked up from an adaptation by KEY. This visual novel is titled Angel Beats! -1st Beat-, and may very well be the first in a series of visual novel releases in the media franchise.

The developer have recently released a small set of screenshots for the visual novel, highlighting character portraits for those who could be considered the four primary characters in the series (Yuzuru Otonashi, Yuri Nakamura, Kanade “Angel” Tachibana and Hideki Hinata) and a few other pieces of CG artwork. While not featuring any nudity, as with the first batch of screenshots it does indicate that this will at least be a fanservice visual novel, given a pantyshot provided by Yuri Nakamura.