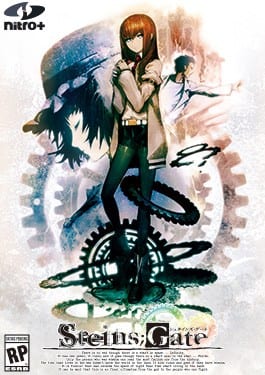 If I were to personally list the Jast USA visual novel release for 2014 that I was most excited about, it would almost certainly be their localized release of Steins;Gate, one of the science adventure titles produced by a collaboration between Nitroplus and 5pb.

While the publisher themselves have not yet issued a statement on release plans. online distributor RightStuf.com have confirmed that their release of the title has been delayed from an original release date of February 28th to the 31st March 2014.

Pre-orders for the limited edition physical edition is still available and comes with the visual novel, user manual, original fanbook and Future Gadget Lab Member pins with a display box. A cheaper digital download edition is also available for pre-order. The title is only available on the PC, with the publisher recently reaffirming via their Twitter account that they have NO plans for a console release.