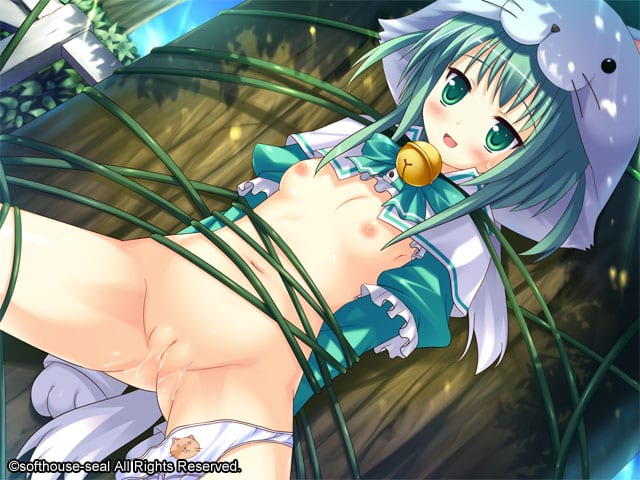 This completely uncensored release comes in at a price of $24.95, and features the usual combination of English subtitles and Japanese voice acting.

That is, until she shows up your front lawn, blasting your fence to pieces and trampling your crops as her army marches to see you. But what does she want with you? She wants you to create the Slut’s Stone–a legendary item that she hopes will finally give her big breasts.

Well, shucks. Have sex with the elementals or watch the Demon Queen burn your ranch to ashes? Nope, not a hard decision to make there – especially not when all the girls seem excited about it. Looks like you’ll be enjoying a few rolls in the hay before harvesting this year. Better get to work! You’ve got hard days ahead, and those girls aren’t going to pop out a Slut’s Stone by themselves! 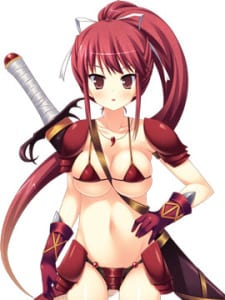 A salamander girl possessing the element of fire.

She’s a leader amongst the other elementals, and an honest woman who values chivalry. She’s the most level-headed, and rarely jokes around.

She formerly severed as a commander of the previous Kingdom’s elite knights, but was discharged due to pressure from her human colleagues. During her travels to hone her swordsmanship, she received a great wound, whereupon she met Erogelsus.

At first she was a bit resistant towards him, since he was only half-human, but thanks to the care he and Myil-chan gave her, she recovered. Ever since that day, she’s served as his partner. 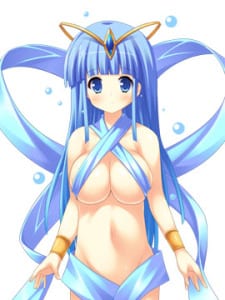 A slime girl possessing the element of water.

Normally she’s as elegant and beautiful as a nymph, but she’s an extreme coward, and her negative thinking often causes trouble for the other elementals. Despite her best intentions, she’s pretty empty-headed.

When she was on a walk with her fellow slime people, she became separated, got caught up in all kinds of trouble, and ended up stuck in a drain when Erogelsus found and rescued her.

She didn’t have anywhere else to go, so she decided to care of him. 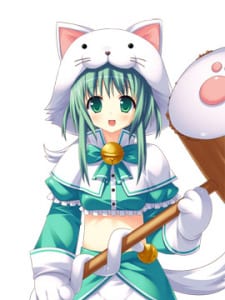 A goblinoid possessing the element of earth.
Despite her loli appearance, her actual age is far greater.

She believes that she’s capable of playing dumb and smart equally well, but she’s actually a bit of a natural airhead. She tends to look at things calmly and logically.

She’s one of the few remaining goblinoids with dwarf blood in her veins. When Erogelsus decided to set out on his own as an elementalist, Korin-san had been working as one of his family’s servants, and decided to go with and protect him.

She’s known Erogelsus since he was a baby, and has been with him longer than any of the other girls. 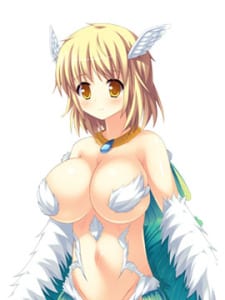 A harpy who possesses the element of wind.

She’s flighty and a bit of a ditz. She’s a bright girl, but not in the smart sense. She has a talent for making accessories and other small objects with her wind element. She’s also in charge of keep the ranch clean and orderly.

One day she was carelessly flying through the sky when she smelled something good cooking at Erogelsus’ home. She floated down towards the smell, where her bright energetic personality led her to quickly make friends with everyone on the ranch, leading her to decide to live with them. 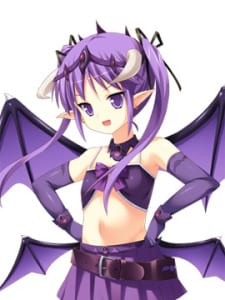 The Demon Queen, a ruler with absolute authority and destructive power.
She defeated the heroes in her way and the conquered the world in practically no time.

She’s nearly all-powerful, but she has one weak spot: Her chest is as flat as the day she was born.

In terms of power, she stands at the top of her fellow succubi and other lust demons, but lacks any kind of sex appeal. Even when she tries to be sexy, it just ends up looking ridiculous. This lack of breasts left her without any dignity before her peers.