After more than a year since English-localized visual novel publisher MangaGamer confirmed their acquisition of the title, the company a few hours ago formally confirmed their release of EROGE! Sex and Games Make Sexy Games!.

The visual novel is now available for purchase through the official MangaGamer online store as a digital purchase for $44.95. The release comes with all the little features you would expect out of an official English visual novel release – no mosaics so you can enjoy all the “naughty bits” and Japanese voice acting for the female characters.

Everyone loves eroge! What’s not to love? There are great stories, great characters, great art, and of course, great sex! But this time, as Tomoya, it’s your turn to help make one!

At long last you’ve joined an eroge company like you always dreamed–only to slam face to face with truth that it’s not making any money! If this next title doesn’t sell, everyone’s out on the streets! You’re not even getting paid for your work! But the staff you’re working with is four hot girls, so it’s worth the sacrifice to try, right? Wait–None of them know a thing about sex? AND they’re making a rape game?! Can you turn these girls’ talent in the right direction before it’s too late?! There’s only four months until release, and work is already underway!

A trial version of the visual novel is now available for download as well as pre-order through HERE. Do note that given the eroge content within the title, it is only available to those who are 18 years or older in age. 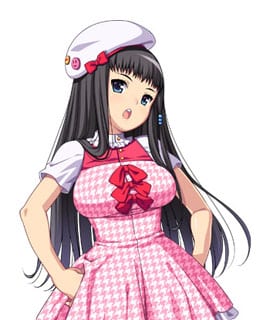 Kisara is Flower’s main illustrator. The company’s current game is the third title she’s been in charge of the line art for. She also publishes her own doujinshi, and her circle’s fairly popular.

She’s a strong-willed girl with a lot of pride who’s not afraid to say what’s on her mind, even when directly criticizing her boss. 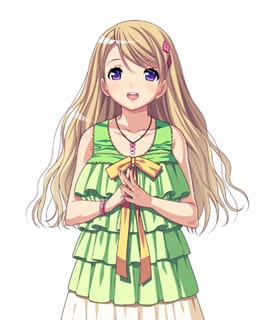 She’s very gentle and goes at her own pace, and also has a soft spot for cute things.
When left to her own devices, her imagination often runs wild, but her fantasies are usually about cute girls.

She’s excellent at characterization and structuring the scenario, but since she doesn’t know anything about sex, her H-scenes tend to be abstract, and fantastical, especially as she openly hates men. The fact that she loves cute and cuddly things also makes it hard for her to depict dark stories and deep conflicts so her scenarios tend to feel like fairy-tales. 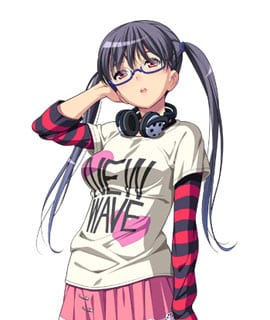 Iori is Flower’s graphic artist. Her doujin circle focuses on digital image collections, and it gets a decent number of sales. 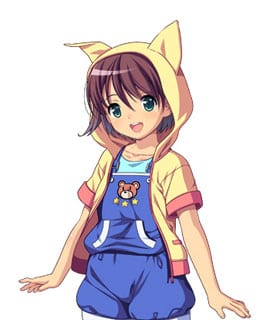 Nene is Flower’s President plus Business Manager plus Director plus Scripter. She sleeps in the company’s meeting room in order to save on finances.

Despite her size, she’s a full-fledged adult and at 32, is the oldest member of Flower.
She usually wears children’s clothes because of her size and at the other girls’ requests, but dons a proper suit when out on business, as one would expect of an adult. Of course, even a small is too big for her, so it doesn’t exactly fit.

She’s the only one on staff with who knows anything about the ins and outs of eroge, but she’s so timid, she has trouble taking charge. Due partly to her appearance, she’s treated as the company mascot, and has a hard time getting others to deal with her seriously when meeting with clients. 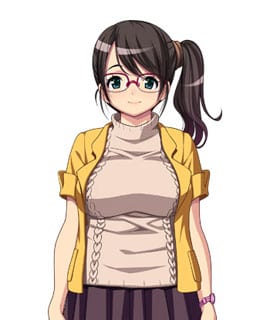 Tomoko is an editor, as well as Flower’s liaison, at ”Giga Witch”, one of the largest eroge magazines. Her pen name is Milky Tomoko.

She has a very simple personality and doesn’t mince her words. 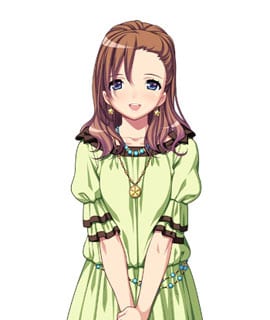 She’s been chosen to voice the main heroine in Flower’s new title, but lately, she’s been concerned about a lack of improvement in her acting. 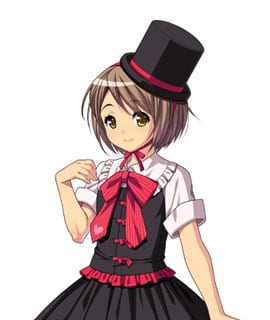 Miki is a freelance graphic artist.

The staff at Flower all lovingly call her ”Miki-chan”. Her real name is Miki Ryuunosuke. As you can guess, she’s–. 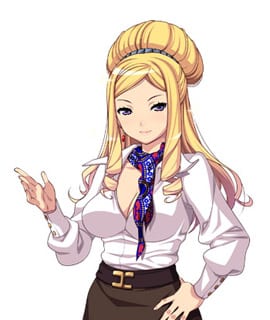 Reina is president of the distributor, Phoenix. She’s in charge of dealing with Flower’s account, and she’s also Sonono Nene’s childhood friend.

It was nine in the morning, and light was streaming into my six-tatami room. After pouring my energy into the eroge I just bought, I tossed the used tissues into the trash. I’d like to go another round, but… I have an interview at 11. Why am I jacking off to eroge on the morning of such an important day, you ask? Hmph… What a foolish question… It’s because I love eroge!!

That’s right, the interview I have today is for a job at an eroge company! …But it’s not like I can draw. Or write a scenario. And I definitely can’t compose music. All I have is the knowledge I’ve earned from playing over 1,000 eroge, and above all, my burning passion for them. Naturally, I’ve failed my interviews at a lot of companies, but… but today I’m certain! I’ll do whatever it takes! I’ll join an eroge company and make my own eroge too!

…And thus, I finally got accepted at this tiny studio, Flower, but… it’s on the verge of bankruptcy! If their next title doesn’t sell, then they’re going to go under… I mean, I’m not even getting paid unless this new game starts moving serious units!

On the other hand, the staff members are all cute girls…♥ Or so I thought, but they’ve each got some pretty serious quirks… and while they’re all talented, none of them have any motivation or knowledge when it comes to sex! And what kind of title are they producing? A rape game?! Jeez, at this rate, the company I finally got a job at is going to go broke…!But I’m not going to let that happen! I’m not going to give up!!