[18+] MangaGamer Announces Release of Throb! The Greatest Inventions of the Sexy Era 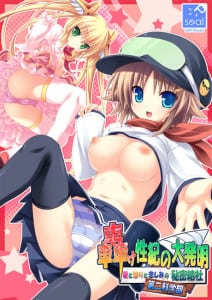 The publisher of English localized visual novels MangaGamer have today confirmed that Throb! The Greatest Inventions of the Sexy Era ~Second Science Club: A Secret Society of Love, Range and Sorrow~ is now available for purchase digitally via their recently improved online store. The game comes at a price of $24.95 and is set to come with the usual specs – Japanese dubbing, English subtitles and if you couldn’t already tell from the cover artwork to the left – no mosaics over the naughty bits.

In this game you follow the adventures of Kyousuke Daiguuji, whom also known as Black Supreme Leader is on a quest to conquer Hanabatake Academy, one nubile female at a time. Not only is he a well-trained physical education teacher, Kyousuke comes from an impressive line of inventors and when he is turned out for the position of adviser of the science club, he will put those inventions of his to good use as he plots his revenge against that snub. With a multitude of sexy inventions at his disposal and his ditzy sidekick, Fuuka, at his side, Black Supreme Leader is ready to take on the world! The question is, will you be ready?

With the cherry blossoms of spring in full bloom, how is everybody spending these vivid and colorful days? On this occasion, I wish to declare to everybody the formation of the “Second Science Club”.

During today’s morning assembly, I had heard that Hanabatake Academy’s esteemed science club would be established once more, and certainly, without fail, I felt that I would be chosen as advisor without anyone raising an objection.

Despite being a genius inventor, I was slighted for the position by a quack who joked about things like dripping unknown liquids on potatoes.
[Look, it’s turning purple now~]
And this was declared without any error? … No, it was certainly an error!!

Haa… haa… It appears that I was a bit too forceful with that writing brush. Please excuse my sudden loss of composure.

Well, given the circumstances, I would like to establish the Secret Society of Evil, the “Second Science Club”. Alongside my super, ultra-hyper, idiotic subordinate, or rather my subordinate, Haruhara Fuuka, and my super ultra-awesome inventions, I request your support in seeking revenge against this academy.

With that said, I wish everyone a wonderful school life…

Curious about the characters? 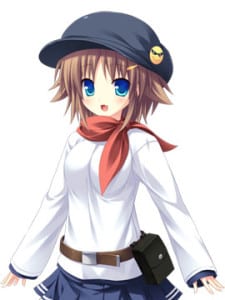 A student in the protagonist’s homeroom class.
Energetic, obedient, and very gullible.

Matsuri has a habit of tricking and abusing her, but despite that, they still get along as close friends.

Through the protagonist’s coercion, Fuuka joins the Second Science Club, believing it to be a secret society of love, designed to spread happiness around the world. She is unaware of that the protagonist is its Supreme Leader.

Her position in the 2nd Science Club is ”Soldier No. 1.” However, she’s mostly useless as she usually gets knocked unconscious soon after entering battle.

Having absolutely no knowledge of sex, she completely believes that the protagonist’s evil deeds are activities to spread happiness to everyone. For that reason, her oblivious comments help to unconsciously fan the flames of lust in the protagonist. 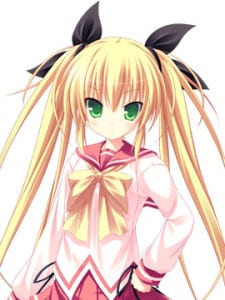 Just like Fuuka, she is in the protagonist’s homeroom class.
Has an atrocious, arrogant attitude.
Treats her close friend, Fuuka, rather poorly.

In general she’s almost always with Fuuka but, during lunchtime, she prefers to eat by herself on the rooftop with no one around.

Secretly she has a thing for her homeroom teacher, the protagonist, but just like Fuuka, she treats him poorly.

In truth, there’s been a rumor going around the academy about a transforming heroine of justice named ”Festa”. After transforming, she shows a cruelty unbefitting such a role, and uses brute force to stifle evil.

Though Festa repeatedly appears before the protagonist, they are unaware of each other’s secret identities. When Fuuka joins the Second Science Club, their relationship deteriorates, and Matsuri becomes lonely. 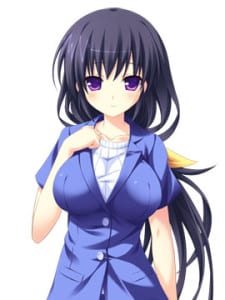 Hanabatake Academy’s oddly young principal.
Following in the footsteps of the previous principal, her father, she upholds the prestige of the academy.

Gentle and at her core a level-headed, saintly person, she holds the academy and its students close to her heart.

Upon becoming the principal, Sakura relaxed the school’s regulations, creating an open-minded institution.

Given her love of flowers, as Hanabatake Academy’s name implies, she’s responsible for the vast gardens growing on the campus. In the habit of gazing at the flower gardens from her office, she often goes into a trance for long periods of time.

Sakura attended Hanabatake Academy when she was a student. Despite lacking experience with men, a mysterious encounter robbed her of her virginity.

The protagonist respects and longs for her, but the aforementioned advisor incident causes him to bear a grudge towards her. 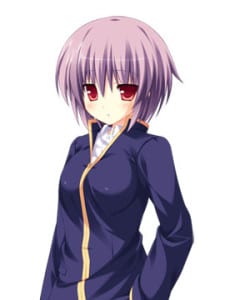 Having grown up surrounded with brothers, she’s extraordinarily tomboyish.

Bears a crude personality where her fists do the talking, but at her core, she’s actually a kind and reliable person. Apparently a fan of cheap sweets, hamburgers and other types of junk food.

Embarrassed about wearing skirts and looking to feminine, she received permission from Sakura to wear a boys’ uniform. Uncomfortable with even wearing a bra, she goes about her day with her chest bound. Due to that, one could be forgiven for failing to realize her breasts are massive. That said, despite dressing like a guy, she gets angry if mistaken for one.

She secretly yearns to be more feminine, but her embarrassment and belief that she’d have an easier life as a boy causes her to hesitate. 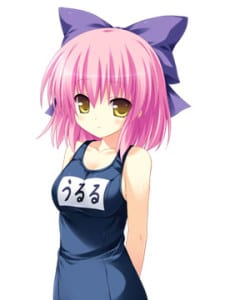 A pampered young lady, she is a short girl that speaks with a refined tone.

A complete beginner at swimming, she joins the swimming club to overcome her fear of water. However, she is such a beginner that she has a tendency to almost drown, even when using a kickboard. Despite that, she has a dream of swimming with the dolphins.

Moved by her determination as written up in the school paper, the protagonist secretly creates inventions to help her out and fulfil his role as a first-rate PE teacher.

A staunchly hard-working person, she inspires herself to be able to do anything.

While aware of sexual basics, as she is steadfast in maintaining her chastity, but as a sheltered girl unfamiliar with the outside world, she’s as naive as Fuuka.